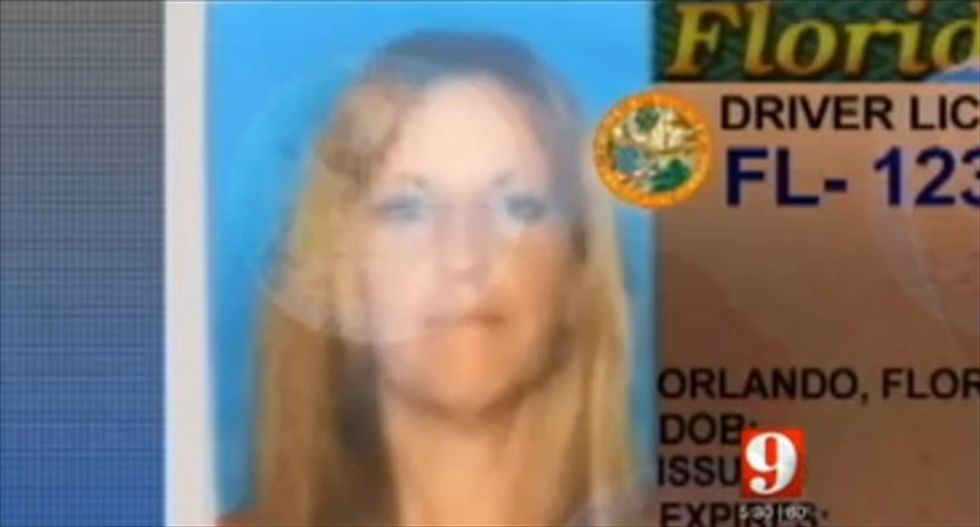 A 42-year-old Florida woman plans to sue the state Department of Motor Vehicles after she was mistakenly listed as a sex offender, causing her and her loved ones to be treated "the wrong way" in public, the Orlando Sentinel reported.

"They asked me to check my name and address, and that's what I checked," Tammy Lemasters said. "The sexual predator box is in the lower corner and she had her finger there. I just took it and put it in my wallet. No one checks for 'sexual predator' on your license."

A picture of the license, with Lemasters' personal information hidden, can be seen below:

Lemasters said she did not notice the mistake until a judge informed her during a court appearance regarding a traffic ticket. Lemasters also said that Disney World employees refused to allow her to enter the park with her fiancee because of the listing. She was also reportedly turned away from a hotel.

Lemasters' attorney, John Phillips, told WFTV-TV that, while the state requires sex offenders to be listed as part of the 2007 "Scarlet Letter law," there is no mechanism in place warning DMV clerks so they can avoid making this kind of mistake.

"She wanted to be an organ donor and came out a sexual predator," Phillips said, adding that he is representing two other clients who were wrongfully labeled as sex offenders, including one who died before the mistake could be corrected.

While Lemasters received a corrected license on Thursday, she said she would proceed with the suit unless state officials addressed the problem.

"It's so embarrassing and shouldn't be something that should have happened," she said. "They need to change."

Watch WFTV's report, as posted online by Phillips, below.