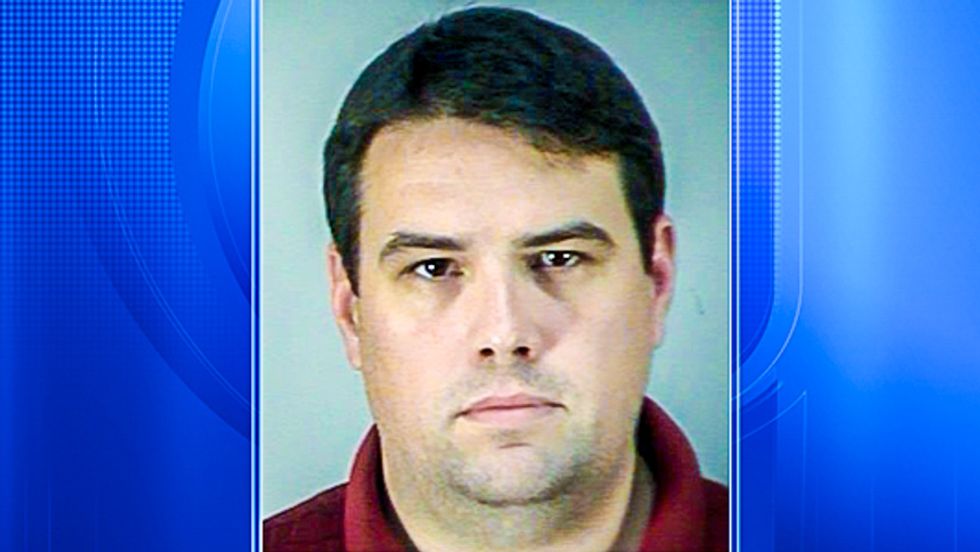 A Florida woman testified on Tuesday that Lake County Deputy Sheriff Matthew Vernon Donnelly raped her, and then threatened to jail her boyfriend unless she kept it a secret.

According to the Orlando Sentinel, the 26-year-old victim was in tears as she told the court that her boyfriend had flagged down the deputy because she appeared to be unresponsive after a night of partying on New Year's Eve.

In a complaint filed earlier this year, the woman said that she woke up to find Donnelly standing beside her SUV, and her boyfriend had been placed in the deputy's cruiser.

On Tuesday, the woman testified that Donnelly groped her through the window, and used his hand to rape her.

She said the deputy promised not to take her boyfriend to jail if she did not report the rape.

A probable cause affidavit indicated that Donnelly told the woman that she was "f*cking sexy" and that he had a wife. The woman said that she felt scared and that her only choice was to cooperate.

A sexual assault examination later revealed that the woman had suffered a cervical injury.

The Florida Department of Law Enforcement (FDLE) confirmed the woman's story when it found three places in Donnelly's patrol car with her DNA: the steering wheel, the gear-shifter knob and the officer's flashlight.

FDLE investigators also determined that Donnelly's dashcam video had failed to record for 22 minutes during the traffic stop.

Donnelly has been employed by the Lake County Sheriff's Office since 2004. The department has reportedly begun the process of firing him.

Watch a WFTV video report below about Donnelly's arrest.