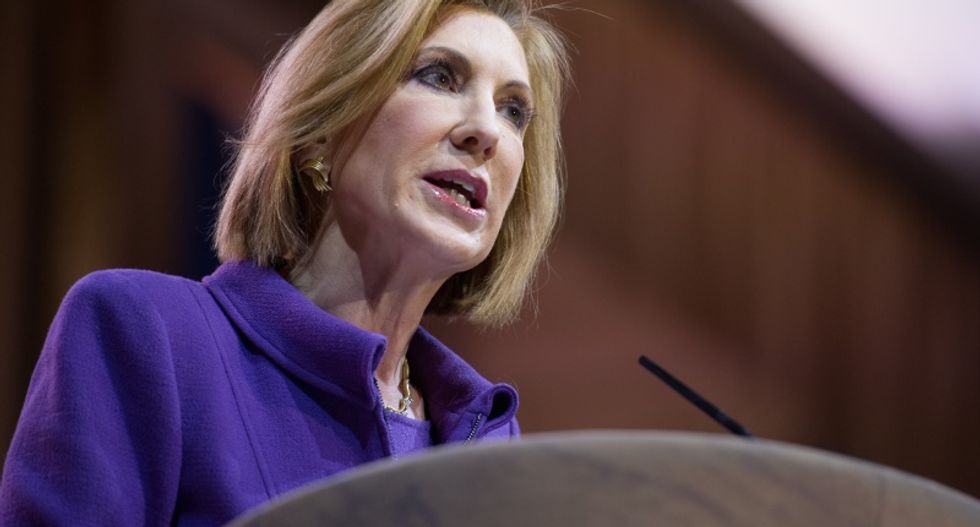 So why did Hewlett-Packard fire her? And why did company stock go up by 7 percent that very same day, MSNBC wants to know?

"It is a leader’s job to challenge the status quo," Fiorina tells MSNBC. "And when you do, you make enemies.”

“They did fire me," Fiorina elaborates. "I’ve been very open about that. I was fired in a boardroom brawl. We had board members who were leaking information out of the boardroom.”

By way of background, a few of Clinton’s accomplishments — which are abundant — are laid out here in this helpful piece Policy Mic published called, "11 Things Hillary Clinton Has Accomplished That Have Nothing to Do With Bill." Among them: serving as the only woman on the Nixon impeachment investigation team, cofounding the Arkansas Advocates for Children and Families advocacy group, and giving "a kickass commencement speech at Wellesley College in 1969" where Clinton made the following statement:

"Fear is always with us but we just don't have time for it. Not now."