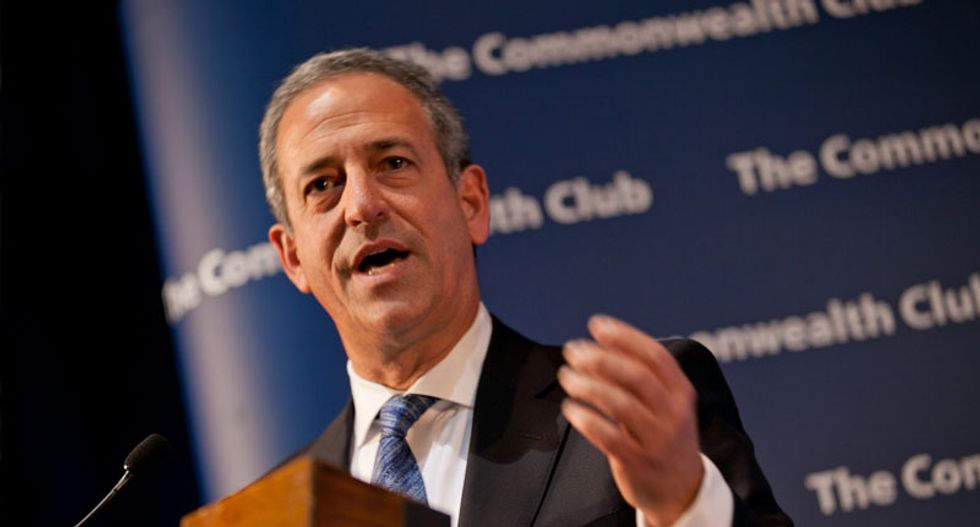 Russ Feingold, the only US senator who voted against the 2001 Patriot Act, has announced he will launch a campaign to regain his seat in 2016.

In a video released on Thursday and first obtained by the Huffington Post , Feingold says that “billionaires and big corporations are calling the shots” and “we need to get started fixing all this”.

“Let’s fight together for change,” Feingold says. “That means helping to bring back to the US Senate strong independence, bipartisanship and honesty.”

Feingold went against the rest of the Senate to oppose the 2001 USA Patriot Act , which passed in the immediate aftermath of the 9/11 attacks and opened the way for an unprecedented proliferation of secret domestic government surveillance programs. A key provision of the law, Section 215, which has been used to justify the government’s dragnet collection of the phone records of US citizens, expires next month, lacking a deal meanwhile to preserve it .

In a 2001 speech on the floor of the Senate to oppose the Patriot Act, Feingold said it would lead to abuse of the constitution and mistreatment of “Arab Americans, Muslim Americans, South Asians or others in this country”.

“The first caution was that we must continue to respect our constitution and protect our civil liberties in the wake of the attacks,” Feingold said at the time.

“I recognize that this is a different world with different technologies, different issues and different threats. Yet we must examine every item that is proposed in response to these events to be sure we are not rewarding these terrorists and weakening ourselves by giving up the cherished freedoms that they seek to destroy.”

A year later, in October 2002, Feingold returned to the Senate floor to oppose the George W Bush administration’s Iraq war plan. Feingold was one of 23 senators to vote against an authorization of the use of military force in Iraq.

“Both in terms of the justifications for an invasion and in terms of the mission and the plan for the invasion, the administration’s arguments just don’t add up,” Feingold said .

“They don’t add up to a coherent basis for a new major war in the middle of our current challenging fight against the terrorism of al-Qaida and related organizations. Therefore, I cannot support the resolution for the use of force before us.”

Feingold appears on course for a rematch against Johnson, a businessman who spent at least $4m of his own money on the 2010 race, which he won by five points.