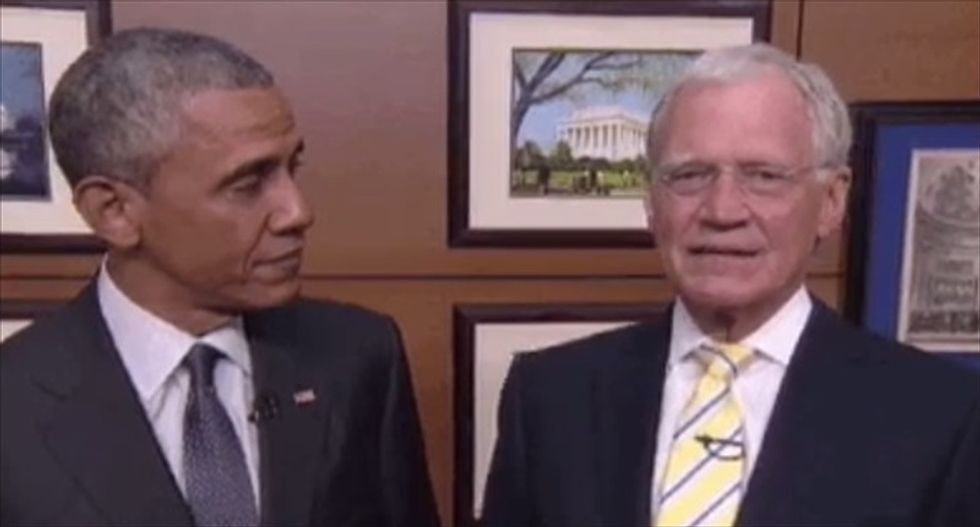 David Letterman opened his final Late Show on Wednesday with a light nod to politics, with former President Gerald Ford informing the viewers, "Our long national nightmare is over."

"You're just kidding, right?" Letterman asks Obama, only to get a shrug.

Mashable posted a gif of Obama's interaction with Letterman:

The opening sequence, as posted online on Wednesday, can be seen below.