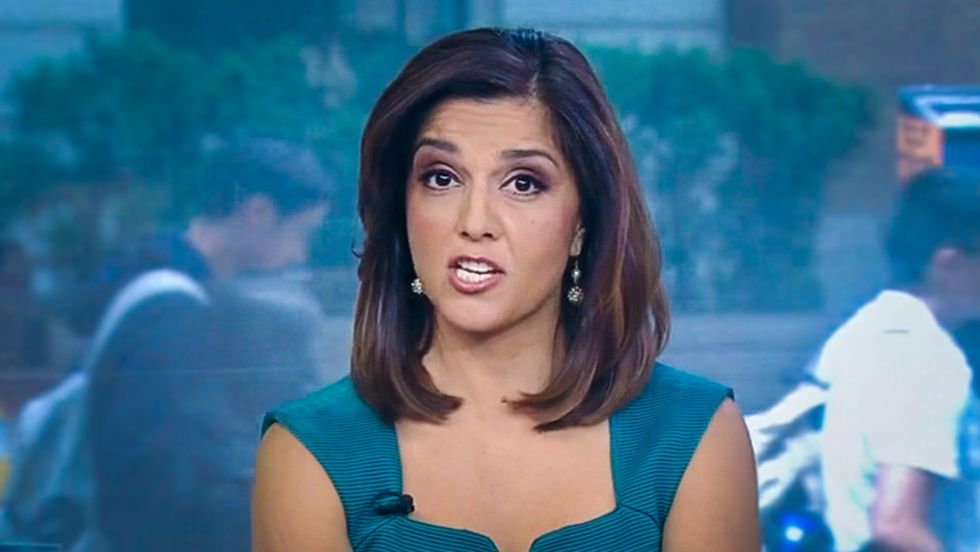 Fox News host Rachel Campos-Duff worried on Wednesday that a Boy Scouts policy against toy guns was so "emasculating" that it could endanger the future of the CIA and the Navy SEAL program.

A blog post in Scouting Magazine earlier this month complained that the 2015 Boy Scouts of America National Shooting Sports Manual had been updated with a new rule requiring that water guns and rubber bands only be used for shooting at non-human targets.

"So, if we keep emasculating our boys and not letting boys be boys... how are we going to raise the next generation of hardcore CIA operatives, Navy SEALS?" Campos-Duff wondered on Wednesday edition of Outnumbered.

Fox News contributor Mike Baker, a former CIA analyst, agreed that it was pointless to ban water gun fights because boys could simply "pick up a stick" to use as a weapon.

"It's like the feminization of boys!" co-host Andrea Tantaros opined. "Someone save the Super Soakers!"

"God forbid we offend anybody, God forbid we don't get trophies," Baker said. "Oh my God, everybody's got to get a participation medal. It's nonsense. You know what we're doing? Every generation, of course we want things to be easier for our kids -- the wussification!"

Campos-Duff argued that scouts who did not get in water gun fights could grow up to be "basement boys," instead of being "tough and cool."

"Wouldn't you say that there's an affect on that in the long term?" she asked Tantaros. "We will end up raising wussified boys if we keep putting these kinds of parameters."

"There's a lot of thumb-sucking, Beta-wearing, pajama boys running around out there," Tantaros quipped. "I think it's a bigger problem."

Watch the video below from Fox News' Outnumbered, broadcast May 20, 2015.