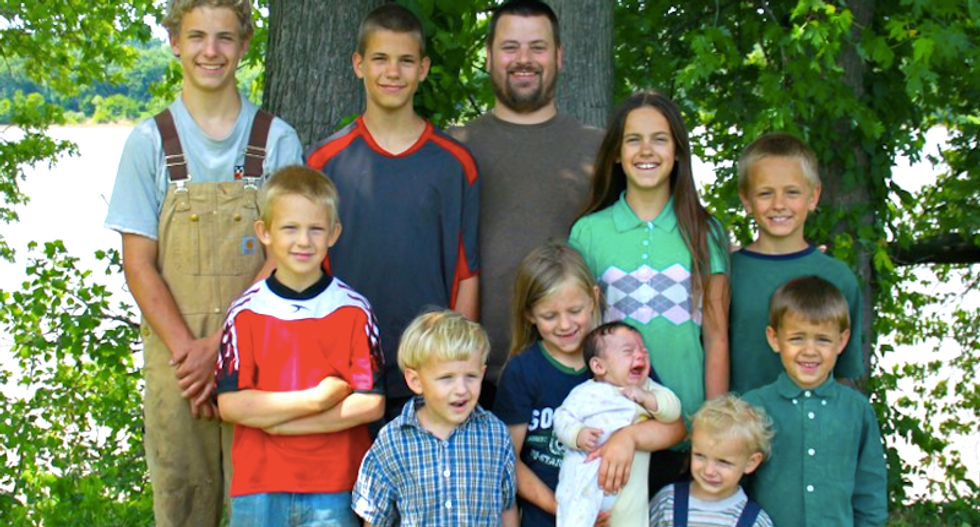 More information has been released about an “off grid” Kentucky family whose 10 children were seized by authorities – and the case apparently has little to do with their unconventional education choices.

Joe and Nicole Naugler, who blog about their lifestyle, face a court hearing Monday to determine whether their children will remain in foster case after authorities were called to investigate the family’s living conditions.

The children were removed from their custody last week and Nicole Naugler was arrested when Breckenridge County sheriff’s deputies and social workers visited the family’s 27-acre homestead.

The couple and their supporters claim the family was unfairly targeted because they believe in “unschooling” their children by allowing them to learn through natural experiences such as outdoor play and household chores, and an online fundraiser has garnered more than $38,000 in donations.

However, the couple posted a copy of the complaint on their Facebook page showing that authorities were concerned that the family was apparently living in a makeshift tent without running water amid garbage, broken glass, and nails.

"They're living underneath tarps, so kind of take it at that," said neighbor Travis Metcalf, who claims Nicole Naugler gave birth in a tent last year with temperatures well below zero.

Facebook photos show the family lived in a crude shack with a plastic roof and three walls made from sticks – although the couple insist they set up a fourth wall during the winter.

Some of the children also lack birth certificates and Social Security numbers, which some homeschooling advocates define as identification abuse.

There is no indication the couple complied with Kentucky's minimum standards for educating children at home.

The family services investigation was prompted when Joe Naugler was charged with menacing after a neighbor reportedly caught him trying to steal water May 3 from a well.

Authorities said Joe Naugler, who has previous arrests for passing bad checks and driving without proof of registration or insurance, told his son to grab a gun from the glove box during the dispute.

“He was acting very erratically,” the neighbor told WAVE-TV. “He was calling us names that I have to spell out -- I can't even say them -- and he said, ‘Don't worry, I know where you live, and I'm going to be back.'”

His wife was arrested Wednesday for disorderly conduct and resisting arrest after authorities said she tried to interfere in the family services investigation.

Audio posted online by the family’s supporters shows Nicole Naugler dared deputies to shoot her during the incident, and she refused to deny that she or her husband would use weapons against law enforcement officers.

The Kentucky Cabinet for Health and Family Services ordered the family to turn over their children Thursday morning or risk felony charges.

Social media posts indicate that other homeschooling parents in the area were uncomfortable with the couple, claiming the Nauglers hid behind the unschooling and off-the-grid movements to cover their lackadaisical parenting.

“These people are nothing but trouble and are now reaping what they sow,” said one Facebook commenter who claimed to know the couple when they were previously “causing all kinds of problems” for the Mormon Church in nearby Elizabethtown.

“I home school my children, (and) my children are taught the things they need to know to be successful,” the commenter said. “What the Naugler’s (sic) do is simply call it home schooling when in fact they are too lazy to actually home school them.”