Geraldo Rivera rips 'hateful' Pamela Geller: 'Every time I see her on TV, I want to take a shower' 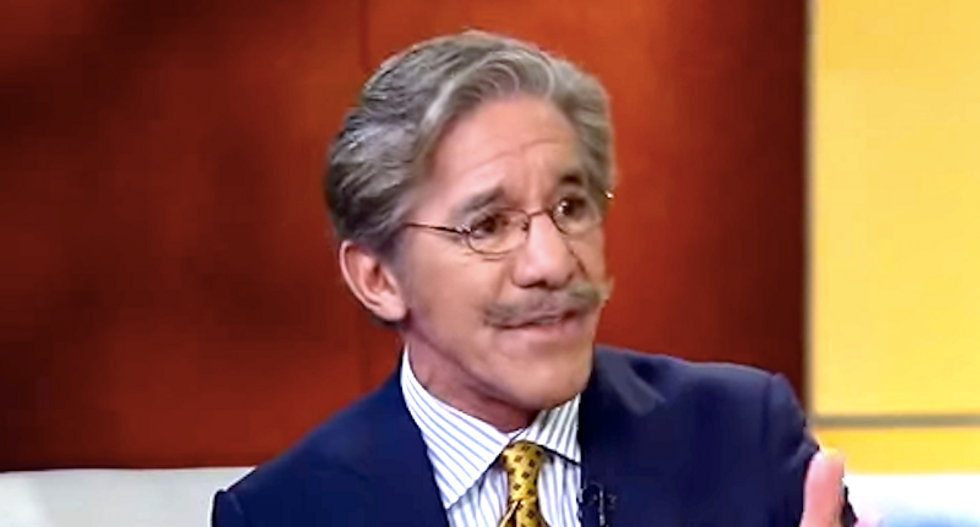 Geraldo Rivera went off Friday morning on anti-Muslim activist Pamela Geller – whose profile has been raised considerably after two gunmen opened fire on a “Draw Muhammad” cartoon contest she organized.

“She most reminds me of the Aryan Nation, KKK, racists,” Rivera said during an appearance on Fox & Friends. “I see them on television now and I feel like taking a shower.”

The Fox host, who famously had his nose broken in 1988 when a skinhead smashed him in the face with a chair on his syndicated talk show, said Geller benefited from a double standard on hate speech against Muslims, reported Mediaite.

“If Pamela Geller – if you put ‘Jew’ in there or ‘Irish’ in there or ‘black’ in there, any other groups, she would not be given the tolerance to spew her hateful rhetoric,” Rivera said.

“That’s nothing like this organized campaign to incite, to insult (Muslims), and it is bad for the Jews,” Rivera countered. “It makes us look like we are all as hateful as Pamela Geller. She plays right into their propaganda. It is absolutely appalling, and every time I see her on television, I want to take a shower.”

Rivera said Fox News was a diverse workplace represented by nearly every minority group, but he chided the network for giving a platform to Geller’s hateful rhetoric against Muslims.

Rivera continued his sustained criticism of Geller, who has tried to position herself as the “Rosa Parks” of free speech.

“It does not in any way make me feel any better about Pamela Geller spewing her hatred and making us all look like the intolerant jerks they are saying we are in the Middle East and elsewhere,” he continued. “She does not do this country any good, she doesn’t do Jewish people any good. She doesn’t do anybody any good except self-aggrandizing, attention-seeking spewing of hatred that I cannot tolerate.”