GOP lawmaker links Hillary to Texas shooting: She wants to disarm cops while ‘we’re at war’ with Islam 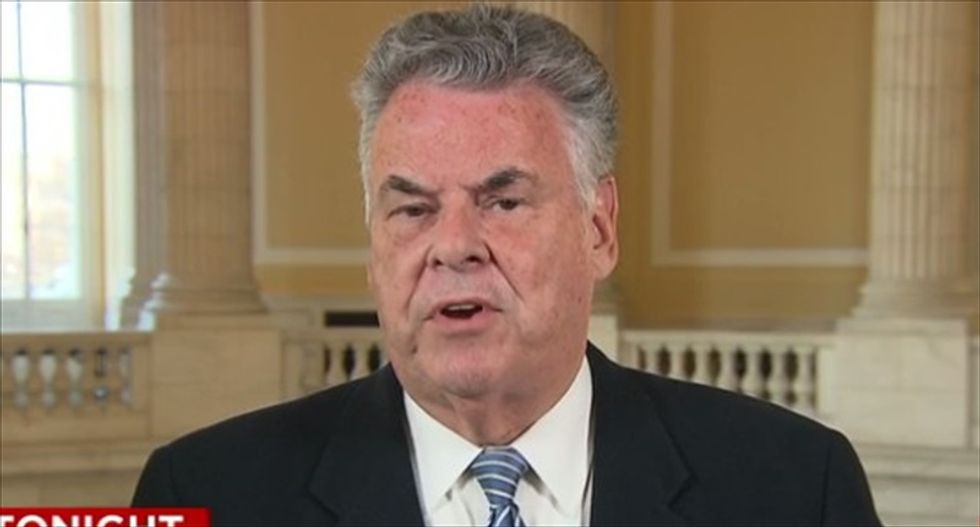 Speaking with the hosts of  Fox & Friends, New York Congressman Peter King (R) managed to link potential 2016 presidential nominee Hillary Clinton to Sunday's shooting in Texas, saying she would disarm police in the face of a war with Islam here at home in the U.S.

The former secretary of state recently said she wanted to restore "balance" to the U.S. justice system, and last December hit the militarization of police departments, saying “weapons of war” have no place in American communities.

"When people like Hillary Clinton say that police should not have weapons of war, the fact is we are at war, we are at war with Islamist terrorism and we have to have all weapons and all resources available," King said.

On Sunday, two gunmen were killed by police after they opened fire at a Texas exhibit featuring caricatures of the Prophet Mohammad that was organized by an anti-Islamic group.

King went on to defend the event as promoting free speech, saying, "We shouldn't even be having a debate about whether that exhibition was provocative, being in America means that you can be provocative."

"This is the First Amendment, we cannot sacrifice our Constitution to Islamists or politically correct commentators."