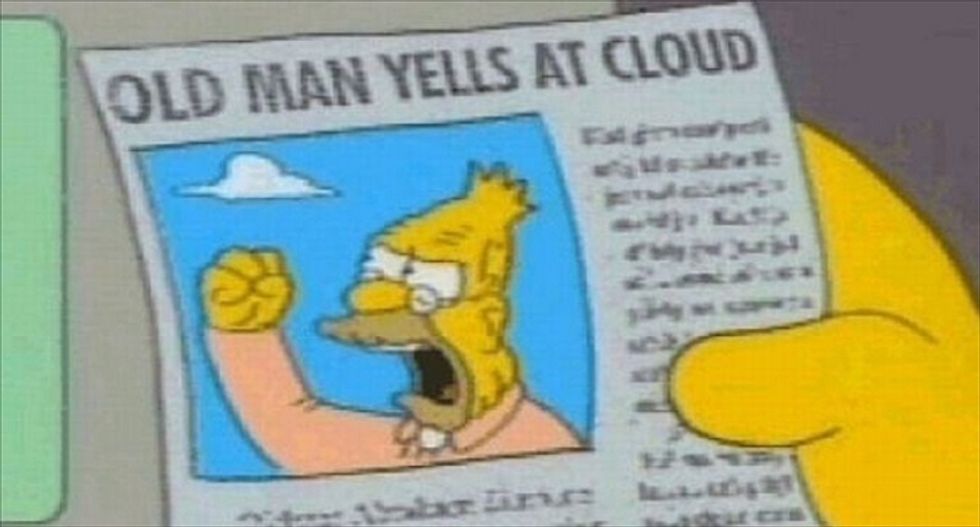 Time is not on the side of Republicans, according to a "back of the napkin" analysis published by Politico on Monday, which estimated that nearly 3 million GOP voters who supported Mitt Romney in 2012 will be dead before the 2016 presidential election.

"Since the average Republican is significantly older than the average Democrat, far more Republicans than Democrats have died since the 2012 elections," Daniel McGraw wrote. "To make matters worse, the GOP is attracting fewer first-time voters. Unless the party is able to make inroads with new voters, or discover a fountain of youth, the GOP's slow demographic slide will continue election to election."

McGraw came up with his figures by combining exit poll data with Census Bureau findings regarding mortality by age group. He estimated that 2.75 million people out of the 61 million who voted for the former Massachusetts governor will be dead by the next election, compared to 2.3 million out of the 66 million voters who supported President Barack Obama's re-election bid. That would give Democrats an electoral advantage of about 453,000 voters.

While neither party would lose a particularly high number of voters in some battleground states, like Ohio and Virginia, Florida becomes a particularly crucial loss for Republicans under McGraw's analysis. He speculating that 244,000 Romney voters would die by 2016, compared to 187,000 Obama voters.

"That's a difference of 57,000 -- a total larger than the population of nearly 26 of the state's 67 counties," he stated. "What makes that number particularly significant, of course, is the narrowness of presidential victories in Florida: Obama won the state by only about 73,000 votes in 2012 and, as everyone remembers, George W. Bush only won the state by only 537 votes in 2000. In tight swing states in a nation that often seems close to 50-50, a few thousand votes here and there can matter."

However, James Frey, a senior fellow and demographics expert at the Brookings Institute, told Politico that Florida will not lend itself to easy analysis, since it has both multiple Latino communities and a steady influx of senior voters because of its appeal as a retirement destination.

"The Republicans seem to be doing a better job of attracting young people in Florida, based on the midterm results," Frey said. "There is also some indication that Hillary Clinton might do well with older women. She might take a decent number of older women in Florida who voted for Romney."

Frey did concede that the GOP relies on older white voters, which can be particularly costly in rural areas. But with millenials -- defined as people born between 1981 and 1987 -- now outnumbering baby boomers in the US, their voting patterns will be a key.

"The data says that if Republicans focus on economic issues and stay away from social ones like gay marriage, they can make serious inroads with millennials," Frey said.

The Washington Post noted that, while it found similar data following the 2008 presidential election, that Romney amassed the support of nearly 400,000 more voters over the age of 65 than Obama's first opponent, Sen. John McCain of Arizona.

"The Republican party has done a good job of solidifying the existing over-65 vote, but it remains to be seen if people who age into that demographic will vote increasingly conservatively as well," the Post's Philip Bump wrote. "There's a lot at play: Party platforms, candidates and so on. It's not fair to assume that Republicans will keep the same lock on the 65-plus population. It's also not fair to assume that population will shrink."