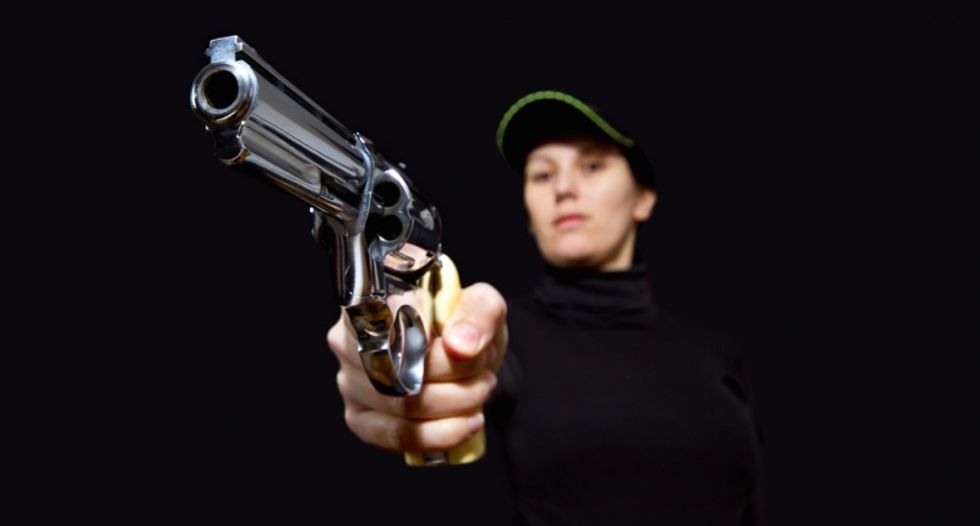 A woman holds a gun in the dark (Shutterstock)

A Minnesota journalist says her parents, who are Muslim Americans, were victims of an armed hate crime in a Minneapolis suburb, Gawker reports.

Around 11:00 PM last Friday, Majida and Adly Abumayaleh drove several miles from their house in Maple Grove to pick up their teenage son from a party in a residential neighborhood. Before they were able to get out of the car, a woman approached the couple's vehicle, demanded they roll down their windows, and became violent when the Abumayalehs didn't comply.

The attacker, a "self-appointed watchwoman" named Nancy Kay Knoble, began pounding on the car's windows and doors, and commanding the Abumayalehs to get out of the vehicle. And that's when Knoble took out her pellet gun. The couple she was threatening, however, didn't know the firearm wasn't a more powerful model.

"She pulled the rifle and said open the window or I'll shoot you guys," Adly Abumayaleh tells local news station KARE. Fearful, the Abumayalehs complied. The couple exited the vehicle and, while Knoble held her gun to Adly's back, the trio approached the house where the Abumayalehs' son was spending time with friends.

As promised, the Abumayalehs' child was where they said he would be and Knoble, satisfied that the family was not a threat severe enough to keep holding at gunpoint, "backed off," according to KARE.

But the Abumayaleh family was shaken. "I thought, I am going to die this night," Majida says tearfully.

Police arrested Knoble at her home nearby and recovered the crime scene pellet gun.

Mnar Muhawesh, the Abumayalehs' daughter, is the founder and editor of Mint Press News. The media outlet engages in "independent watchdog journalism exposing detrimental effects of American imperialism, corporatocracy & fading away of our civil liberties," according to its website.

On Tuesday, Muhawesh reported her parents' attack on Facebook: 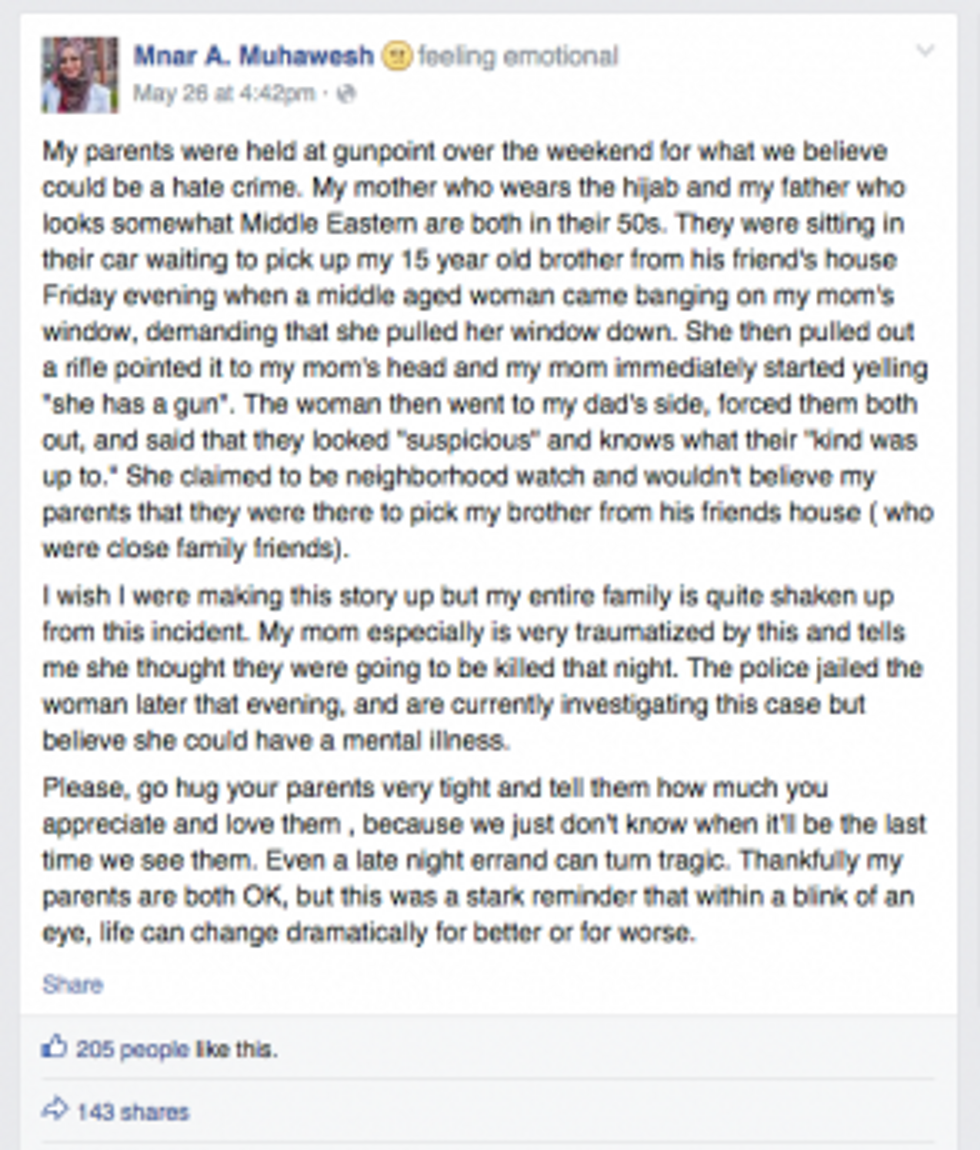 Mint Press News reposted Muhawesh's statement the following morning, adding that Knoble's assault "could be a hate crime against a Muslim-American family."

Later today, Muhawesh tweeted a more existential question about the nature and appearance of who we as Americans view as "suspicious."