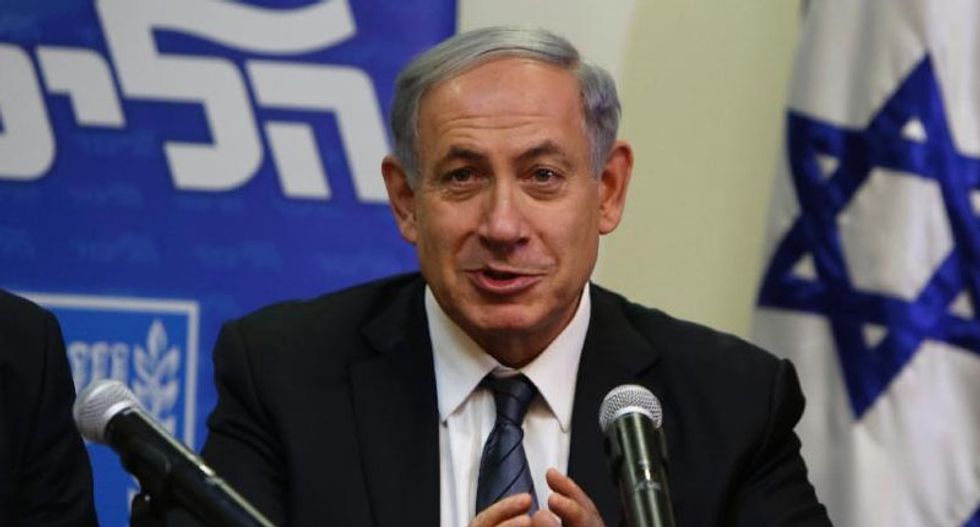 Israeli Prime Minister Benjamin Netanyahu at a press conference at the Knesset in Jerusalem, on May 6, 2015, after announcing the formation of a coalition government (AFP Photo/Gali Tibbon)

Israel bills itself as the Middle East's only democracy, but it is increasingly clear that this label depends a lot on how you define the Middle East, and how you define democracy. Perhaps the sharpest dissonance between the description of Israel as a liberal democracy and its actual policies is the drive for racial purity.

Israel insists on being the historic homeland for the world's Jews, something few would disagree with. But it also insists on being a Jewish-majority country, at all costs. In order to maintain its Jewish majority, it must demonize non-Jews, particularly Muslims and Christian Arabs, as “demographic threats."

Here are six crazy things the Israeli government or the Israeli people have done to maintain this racial makeup.

1. No-Sex Contracts: In 2003, an Israeli company importing Chinese workers required them to sign a contract agreeing not to marry or have sex with any Israelis. No legal action was taken against the company, as Israel has no laws protecting workers from such demands.

2. Birth Control Without Consent: For years, the Israeli government was injecting Ethiopian Jewish immigrants with birth control, “often without their knowledge or consent.” When the practice was exposed in 2013, it was ordered to be halted.

3. Deporting Non-Jews: Anyone in the world with Jewish lineage can move to Israel and claim citizenship. But if you're not Jewish, things can be dicey. Many refugees from African conflicts have fled to Israel to claim asylum. Israel has locked many of them into massive camps in the desert. It has granted asylum to 0.07% of those seeking it, deporting many others. NPR recently did a story on some refugees who were deported, only to be slain by ISIS.

5. Discriminatory Marriage Laws: In the United States, marriage is one of the ways a spouse can gain legal entry through a green card and citizenship. Israel prohibits its citizens from marrying Palestinians in the territories, by refusing to recognize their spouses as citizens. Israel also has no civil marriage law, leaving the institution in the hands of religious clerics who work to prevent interracial marriage.

6. Right Of Return, For Jews Only: The most systematic policy designed to maintain a Jewish majority is the Law of Return. Under this law, Jews can come to Israel from anywhere in the world and claim citizenship, but Palestinians expelled after various wars from homes that were in Israel cannot. The double standard was expressed by Ghada Karmi and Ellen Siegel, a Palestinian woman and a Jewish woman who met in London in the early 1970s. They have posed multiple times with these signs over the years: