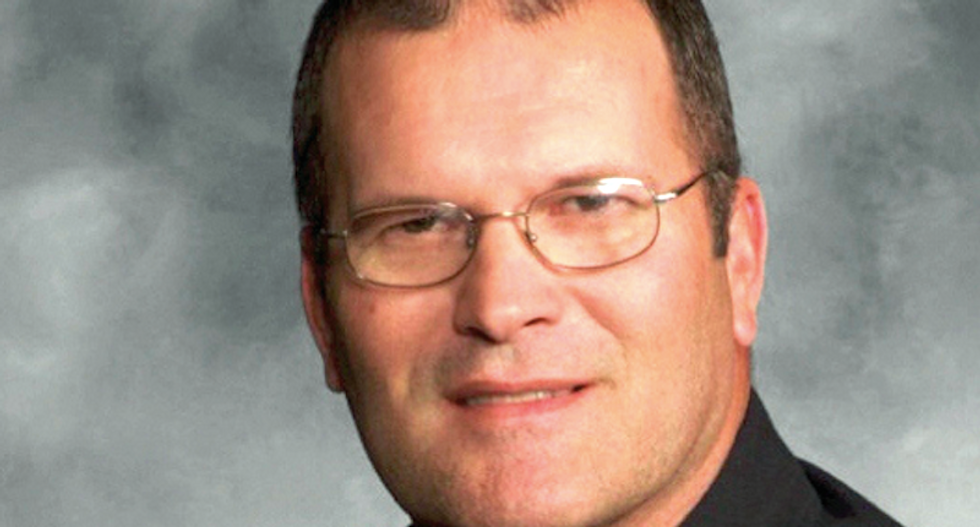 In his filing this week, Oklahoma County District Attorney David Prater states that, during a domestic dispute in April while Moss was off duty, the officer “willfully, knowingly, and without lawful cause, pointed a firearm" at two adult victims and a child “for the purpose of threatening and intimidating them.”

Kurt Ward, one of the adults toward whom Moss raised a gun, is boyfriend to Moss' daughter and the father of Moss' grandchildren. Upon returning home one day in early April, Ward discovered Moss already in the residence. Fearful of Moss, Ward "ran from the house" and "jumped into a vehicle driven by his mother and told her to leave," according to the affidavit. Ward's 13-month-old son was in the car at the time.

This is when Moss went outside in pursuit of Ward, pulled out his firearm, pointed it at the car, and "reportedly kicked the door and hit the vehicle with the gun."

Paulette Henson, Ward's mother and the driver of the vehicle Moss was aiming at, wonders, "Why would you point a gun at somebody driving a car that had your grandchild in it?"

Moss filed a police report first, alleging Ward's pickup was driving toward him and the officer pointed his gun toward the oncoming vehicle to keep from getting run over, NewsOK reports. Moss' April 6 attempt at securing a victim protective order "was dismissed." But, "the same day, Ward filed one against Moss. The hearing is set for July."

“He’s a dangerous man," Ward says of Moss to KFOR. "I don't think he needs to be a cop. I think he is a loose cannon."

As of press time, Moss remains on paid, administrative leave.