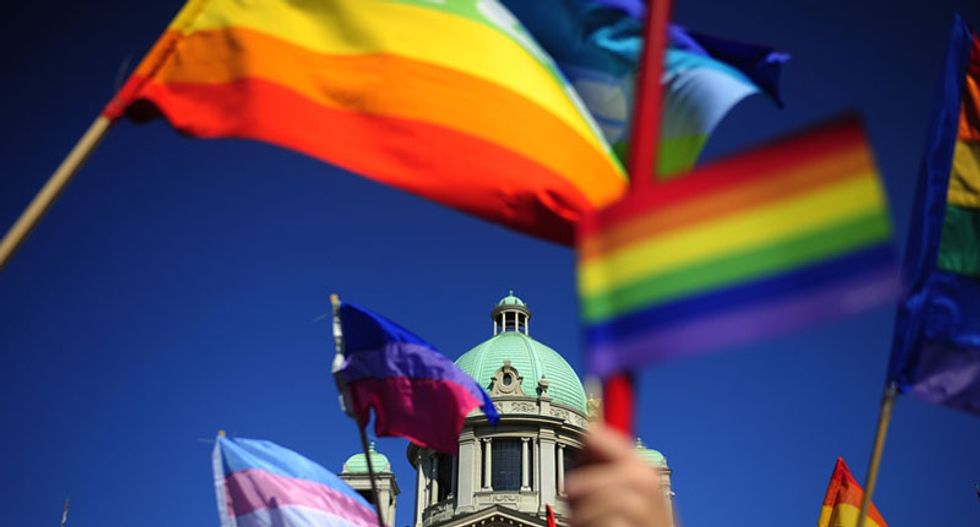 House Democrats on Tuesday introduced legislation that would ban the discredited practice of conversion therapy – when a mental health professional attempts to change a person’s sexual orientation or gender identity .

States including California and New Jersey have enacted legislation that limits the practice, as has Washington DC, but the Therapeutic Fraud Prevention Act seeks to put a federal ban on conversion therapy by blocking people from offering or marketing it as a commercial enterprise.

Ted Lieu, a Democrat from California, and Suzan DelBene, a Democrat from Washington, introduced the legislation. It seeks to amend the Federal Trade Commission Act to state that the service is unfair or deceptive. This would give the agency the power to enforce the provision and it would also make advertising for such therapies illegal.

“There is no medical condition known as ‘being gay or lesbian’. That is not a medical disease, defect, and for people to charge money to treat you for something that’s not an illness is fraud,” Lieu told Buzzfeed . “There already is an established baseline that you cannot practice medicine below a reasonable standard of care, and when you purport to treat someone for a condition they don’t have, that would be medical malpractice.”

Lieu’s bill builds on existing state legislation to extend protections to transgender people and people of all ages, not just the minors who are often forced into the therapy by their parents.

As part of conversion therapy , therapists have been known to induce nausea or enact other physical punishments on patients when they are confronted with arousing same-sex images.

The Human Rights Campaign supports Lieu’s legislation and called it an important step to end a practice it believes is “dangerous and discredited”. It has been working with the National Center for Lesbian Rights and other groups to block the practice state by state.

The HRC’s government affairs director, David Stacy, said that the legislation could save lives. “This vitally important legislation has the potential to save countless lives across this country by helping to end a practice that uses fear and shame to tell LGBT people the only way to find love or acceptance is to change the very nature of who they are.”

The Alliance for Therapeutic Choice and Scientific Integrity said that such bans “rob” teens of the freedom to seek out counseling from whomever they wish. In October, the group is holding a conference to discuss this type of therapy, with sessions including “Homosexuality 101” and a physician’s assessment of “the health risks associated with human sexuality”.