‘I hope I got him this time’: Meet the road-raging gunman who shot at ‘fat f*ck’ George Zimmerman 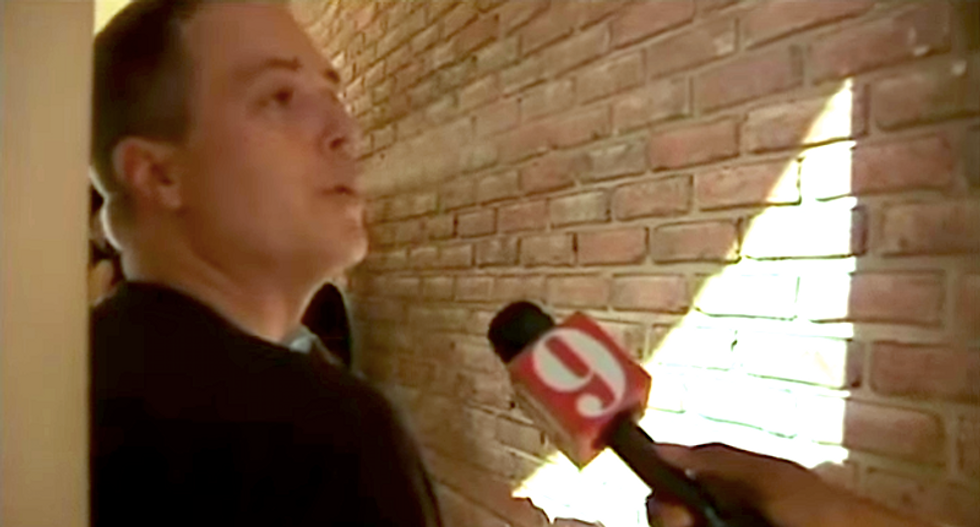 Matthew Apperson surrendered Saturday to police on several charges and was released the next day on bond, reported WESH-TV.

The 36-year-old Apperson is accused of firing a gun at Zimmerman’s vehicle May 11 as part of a long-running dispute with the former neighborhood watch volunteer who was acquitted in the fatal shooting of unarmed teen Trayvon Martin.

The bullet struck the passenger-side window in Zimmerman’s truck, and shards of broken glass injured his face.

"I hope I got him this time,” officers overheard Apperson say.

A judge set bond at $35,000 and ordered Apperson to surrender all of his guns and stay away from Zimmerman.

Apperson will not be monitored by GPS because Zimmerman opted to keep his location unknown.

"I don't care whether you've been shopping at Publix for two hours and have a full cart of groceries, or whatever,” said Circuit Judge Michael Rudisill. “You see Mr. Zimmerman walking through that door, you're the one who has to leave.”

Police said the two men have been engaged in a dispute for months, including a September case when Apperson accused Zimmerman of trying to kill him in another incident on the road.

Police said Apperson pulled up behind Zimmerman and said: “You remember me, you fat f*ck?”

"You owe me your life,” Apperson said, according to Zimmerman’s statement to police. “The only reason I didn't press charges on you is because I wanted to kill you myself.”

Apperson claims he shot at Zimmerman in self defense last week, saying the 31-year-old waved a gun at him.

But Zimmerman’s attorney denies his client brandished a weapon.

Police seized a .40-caliber Glock 22 and a .357 revolver with one expended shell casing in the cylinder from Apperson -- who has been arrested and convicted at least four times.

Zimmerman was carrying a 22 Glock handgun during the incident, but his truck was not searched.

He was accused in 2005 of punching the window of another driver’s car in a road rage incident, but the woman declined to press charges.

Police have been called to Apperson's Winter Springs home at least 15 times since July 2012.

"He has threatened me, he has called me names, etc., etc., blown smoke in my face the same way he did the reporter's face," she added.

Apperson has spent time in jail, although he has not been arrested in at least a decade.

His attorney said Apperson had held a concealed carry permit for about 10 years.

Zimmerman was acquitted in 2013 in the death of the 17-year-old Martin after claiming self-defense under Florida’s “stand your ground” law.

He has been accused of domestic assault three times since then, although the victims in each case later recanted.

Zimmerman was stopped for speeding in Texas a few weeks after his acquittal in the Martin case, and a police officer told him not to play with his gun after finding a weapon in the glove box.

The Klu Klux Kaucus will end in tragedy