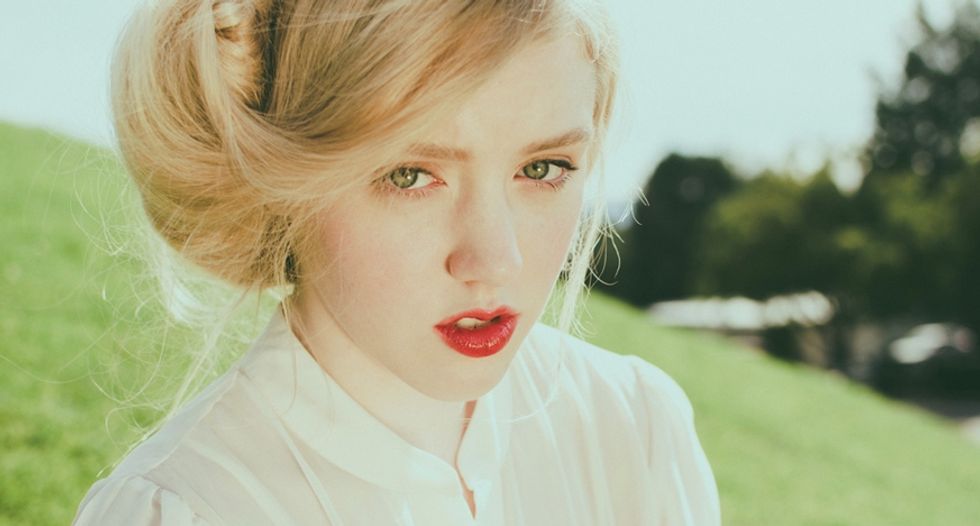 An Idaho high school student named Sierra Norman is charging her school with discrimination after it wouldn't let her run for school president because, she says, it didn't want a female and non-Mormon on the ballot. Also, one teacher turned in another who was overheard to say that "someone ought to Ray Rice Sierra," alluding to the infamous NFL player who knocked out his then girlfriend.

According to MagicValley.com, Declo High in the Cassia County School District didn't let Norman run for office because she was not a full-time student. She took too many online classes, school officials say.

The ACLU counters that Norman was pursuing advanced coursework online from within the Declo High library, since the school didn't offer certain classes Norman was interested in pursuing. Per the ACLU:

The ACLU had attempted to mediate Norman's case with the Cassia school district, but determined the school did not take steps to protect students from further discrimination.

Declo High held a student body vote to determine what constituted a "full-time student," eligible to run for school-wide office. They voted to make participation in school activities possible only for students enrolled in "five conventional classes." In other words, if you're studying AP Calculus in the library at Declo, you can't run for office. A student in a "conventional" algebra class, presumably, would be eligible for the ballot.

"The students were allowed to vote on the policy,"  says Ritchie Eppink, legal director with the ACLU in Idaho, "and it became a vote against Sierra."

The ACLU further contends that, on multiple occasions, Declo High School has acknowledged Norman's status as a full-time student. For example, earlier this year, school officials signed a form for Norman "stating that she was a full time student"

Moreover, "the school district’s records," confirm Norman's full-time status. "The school district takes funding from the State," the ACLU points out, "and its taxpayers calculated based on Sierra being a full time student."

But unlike her opponent, who received religious release permissions during the school day to attend an LDS seminary, Norman is not a Mormon.

And then there's the question of gender discrimination, per the ACLU: "Sierra is female. The student who got to be on the ballot (and therefore won the election) is male. The two Declo High School officials who decided that Sierra could not be on the ballot are both male. The district’s Superintendent who ratified and defended that decision is also male."

"There was no legitimate reason for excluding her."