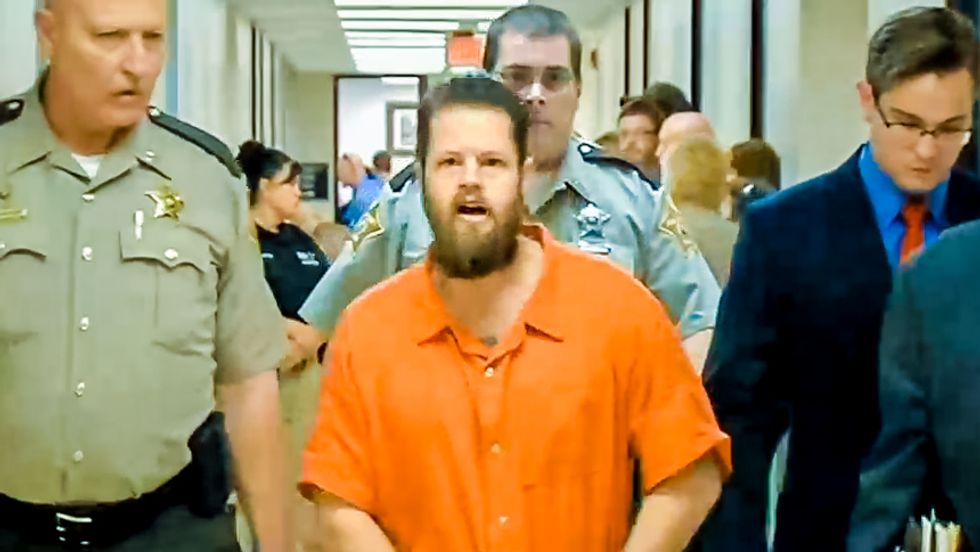 A charge of rape has been added in the case of an Indiana man who is accused of stabbing his girlfriend to death and then eating her organs.

At a court hearing in Jefferson County on Monday, Judge Vicki Carmichael granted prosecutor Jeremy Mull's motion that rape be added to the charges against 34-year-old Joseph Oberhansley, the Courier-Journal reported.

According to a police affidavit, Oberhansley confessed last year to the murder of his ex-girlfriend, Tammy Jo Blanton. The affidavit said that Oberhansley told investigators that he broke into Blanton's home, and stabbed her to death with a knife. He said that he then used an electric jigsaw to open her skull and eat parts of her brain. He also reportedly consumed part of her heart and a lung.

In addition to charges of murder, dismemberment and burglary, Clark County Prosecutor Jeremy Mull filed a motion to add a charge of rape earlier this month.

“What I’m alleging is that he did rape that victim in the course of that homicide,” Mull explained. “I think that during the course of the autopsy, we took some steps to determine whether or not there had been a sexual assault, and as the investigation’s continued, it became clear to us that it did, so we amended the charge.”

Prosecutors would have to prove one aggravating circumstance -- such as dismemberment, burglary or rape -- for Oberhansley to qualify for a death sentence if he is convicted of murder.

Oberhansley argued in court that he was a righteous man, and he said that he was "too handsome" to have raped his 46-year-old former girlfriend.

Perhaps the biggest of many imponderables about Donald Trump has always been the question of what playbook was he following? His 2016 campaign didn't have a plan beyond questioning the manhood of his male primary rivals and ceaseless yapping about Hillary Clinton's "emails." His 2020 campaign never found a focus until October, when he seized upon his victory over his own case of COVID-19 as evidence of his manhood. Remember his return from Walter Reed Medical Center to the White House? Trump was ripping off his mask on the Truman balcony! That'll show 'em!

In between campaigns, Trump's presidency seemed aimless, stumbling vaguely forward from one indictment to another until the time came to issue pardons, which we soon learned was his "favorite" presidential power — not being commander in chief, not ordering up Air Force One to fly him off on his many golf weekends, not even being able to pick up his bedside phone in the middle of the night and order a Big Mac and a Diet Coke. The pardon power was it.