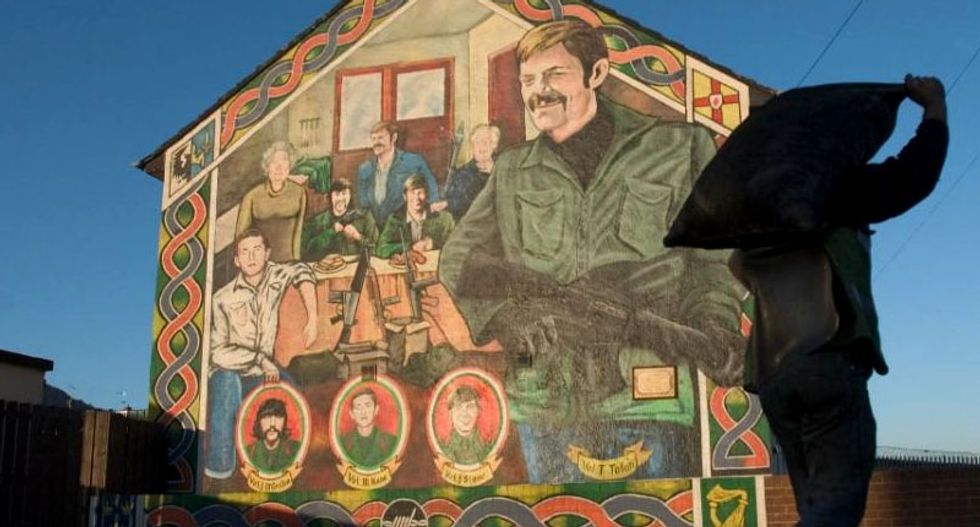 An Irish priest was jailed on Thursday for hiring men who said they were IRA paramilitaries to issue death threats and intimidate his nephew into dropping legal action.

The court heard that Kelleher paid three men who said they were from the Continuity IRA, a breakaway faction of the Irish Republican Army dissident group, to threaten his nephew Niall Kelleher in 2012 and 2013.

Niall Kelleher was planning to take a civil case against his uncle and had sent the priest a solicitor's letter before the threats began.

Shortly afterwards, Kelleher, a father of three, received a number of intimidating visits and phone calls from the men.

Telling him they were from the Continuity IRA, the three men demanded Kelleher drop his case against his uncle, and threatened that if not he wouldn't "see the following week".

Irish police arrested Francis Kelleher in November 2013 and the priest admitted that he had paid 4,000 euros ($6,100) to have his nephew threatened.

Judge Sean O Donnabhain described what happened as "appalling behaviour" and said it was a "profoundly upsetting case."

In a statement after the verdict, the Bishop of Cork and Ross John Buckley said the diocese would initiate canonical proceedings against Kelleher, who is no longer practising his religious duties.

"It is deeply regrettable that such an offence could have been committed by anyone, and particularly by a priest," Buckley added.

"I sincerely sympathise with those whose lives were endangered or who may have been harmed in any way by these events."