ISIS: 'Michelle Obama is worth $40 as a sex slave' -- and Twitter conservatives react exactly as expected 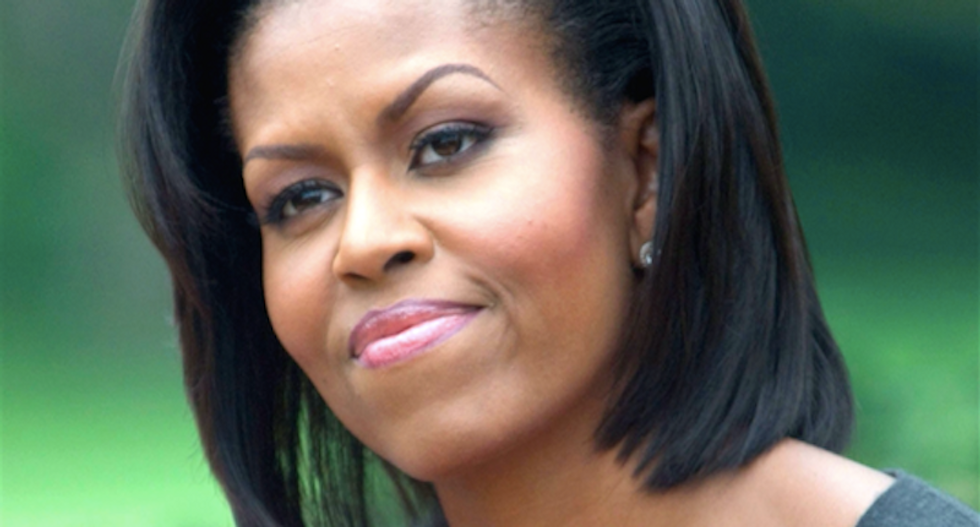 In an article in Dabiq magazine entitled, "Slave girls or prostitutes," a spokesperson for ISIS mocked First Lady Michelle Obama, stating she would only be worth a third of a dīnār -- or approximately $40 as a "sex-slave."

Discussing the importance of kidnapping women and children for sex-slaves, Umm Sumayyah Al-Muhajira wrote, "And who knows, maybe Michelle Obama’s price won’t even exceed a third of a dīnār, and a third of a dīnār is too much for her!”

As might be expected, conservatives on Twitter -- with their customary charm -- allied themselves with the Islamic fundamentalists by attacking the First Lady.

A sampling below, including Twitter commenters followed by presidential adviser Karl Rove and President and Co-Founder of the Tea Party Patriots, Jenny Beth Martin: 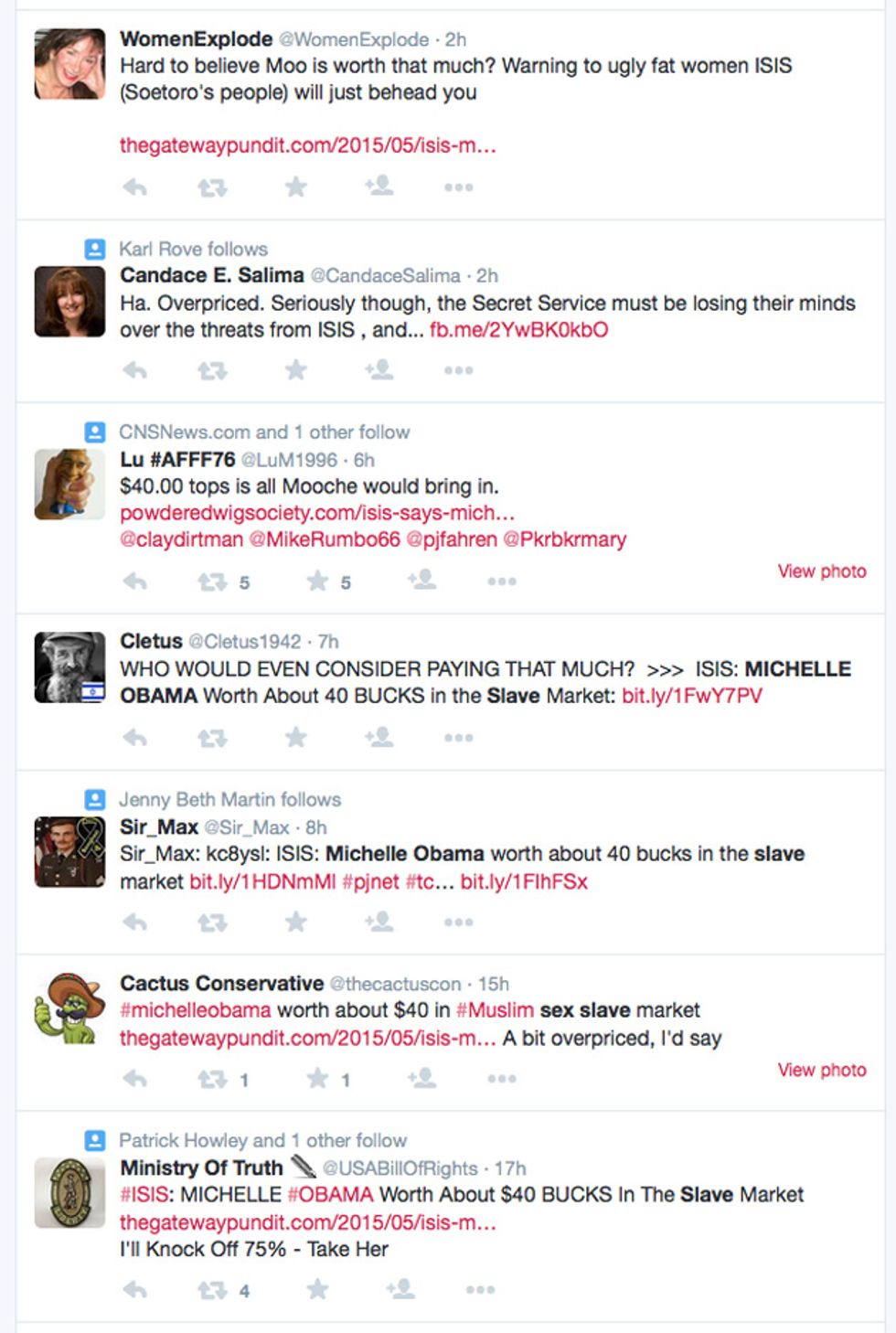 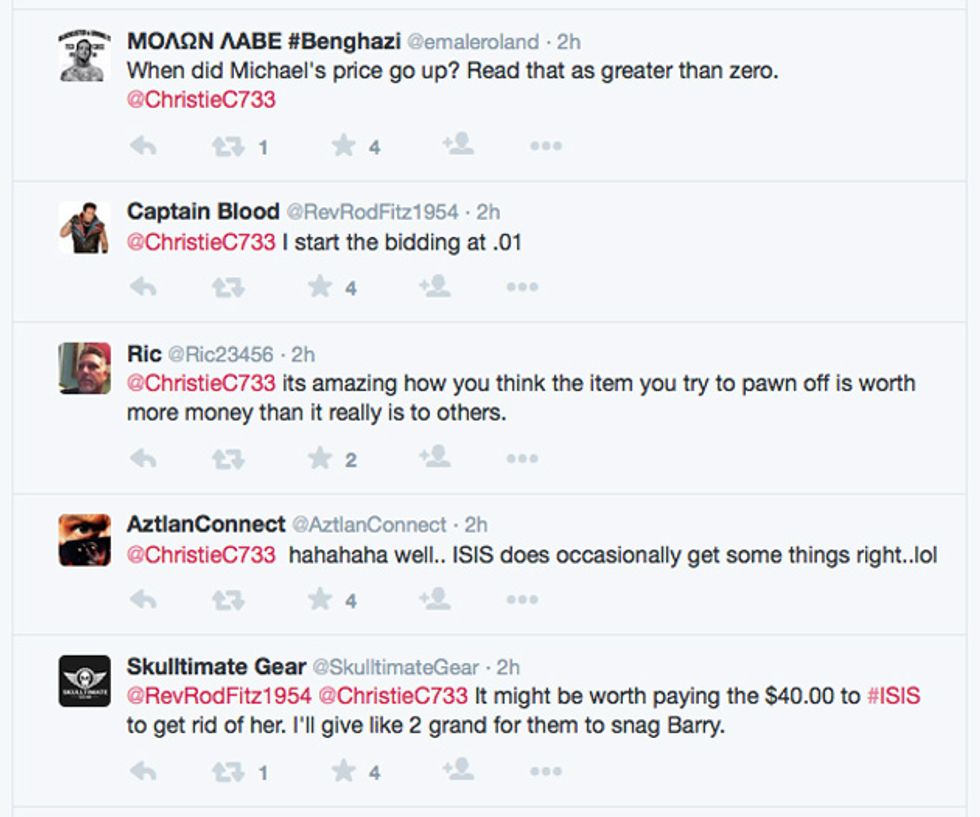