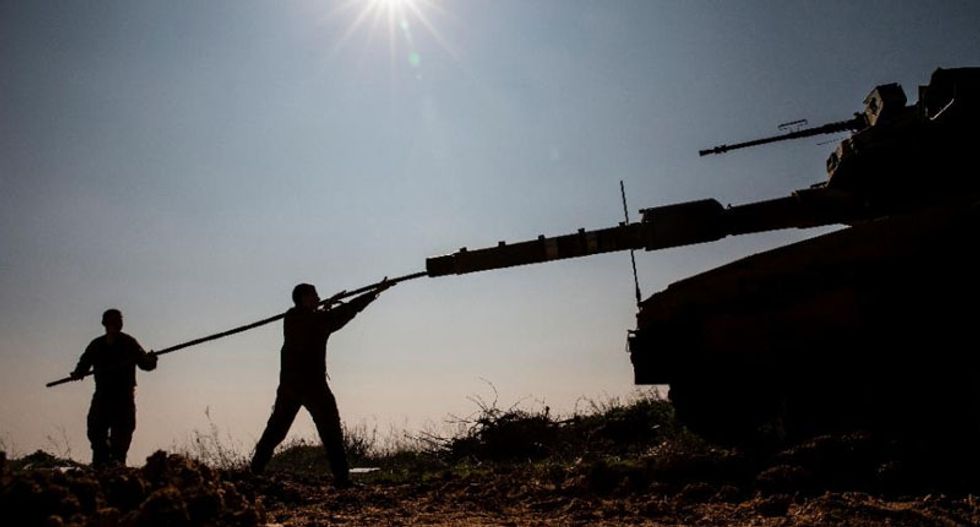 Israeli soldiers work on their tank along the border with Lebanon on January 20, 2015 (AFP Photo/Jack Guez)

The Israeli army, which is distinguished by its strong integration of women in combat units, has decided not to let them serve in tanks, media reports said on Monday.

News website Ynet and other outlets reported that after an inquiry, military chiefs had concluded the requirements for tank crew exceeded the physiological capabilities of most women.

Women can join combat units only when those units do not require excessive physical abilities or direct contact with the enemy, the daily Haaretz quoted the authors of the report as saying.

The report also cited the close confines of a tank as being unsuitable for women to serve alongside men, as is already the case in the submarine service.

A military spokeswoman refused to confirm to AFP that such a decision had been taken.

"The army will continue to make every effort to integrate those women soldiers who want in all units, according to their physiological and mental capabilities," she said.

The spokeswoman said women are able to accomplish 92 percent of military missions and in recent years have been integrated in combat units.

Military service is compulsory for Israeli men who serve for three years, while women do two.

In 2000, parliament voted through an equality law forcing the army and security services to accept women in any position unless there was a valid reason not to do so.