It's 2015, and we're still dealing with Mad Men-style sexism 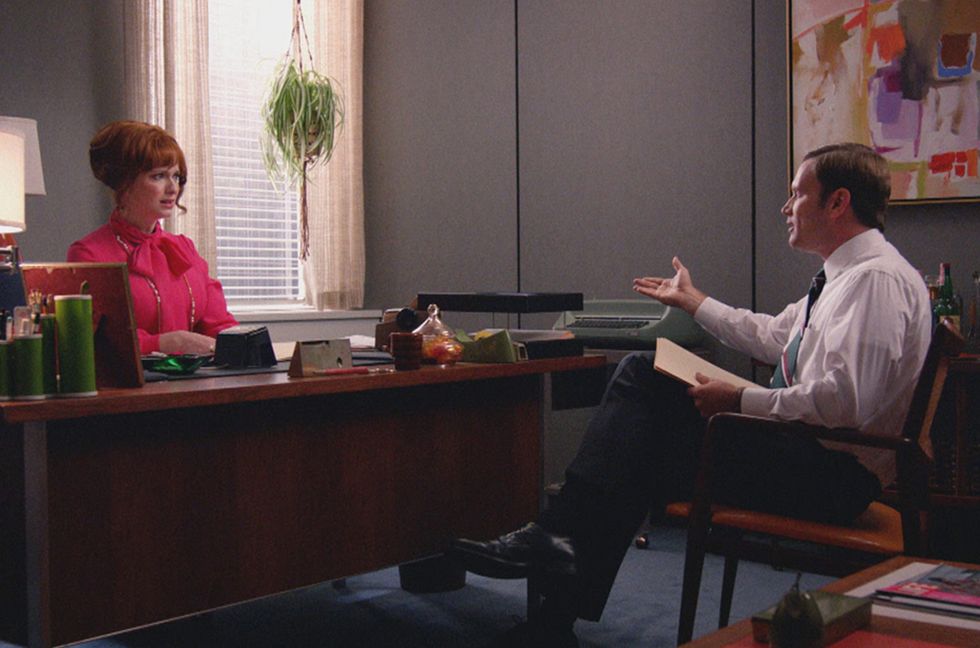 Watching people debate whether or not the sexual harassment of Joan on Mad Men is too over-the-top for 1970 is kind of surreal. Not just because there are reams of historical evidence to suggest that they downplayed how bad it actually was. (What Anita Hill described Clarence Thomas doing to her---pubic hairs on Coke cans, forcing conversations about pornography, making her talk about his penis, all while pressuring her for dates---for instance, is all much more overt and ugly than anything that happened to Joan!) Because that kind of gross sexism is still going oh, as Scott Lemieux points out.

It's not just sexual harassment, either. Blatant, undeniable sexism continues to be a problem for women, even if it's coddled less than it used to be. Check out this story about the science journal PLOS ONE, which had to oust a peer reviewer for lecturing female biologists about how men are inherently smarter, better, and more rational than women.

Evolutionary geneticist Fiona Ingleby was shocked when she read the review accompanying the rejection for her latest manuscript, which investigates gender differences in the Ph.D.-to-postdoc transition, so she took the issue to Twitter.

On 29 April, Ingleby, a postdoc at the University of Sussex in the United Kingdom, posted twoexcerpts of the anonymous review. “It would probably … be beneficial to find one or two male biologists to work with (or at least obtain internal peer review from, but better yet as active co-authors)” to prevent the manuscript from “drifting too far away from empirical evidence into ideologically biased assumptions,” the reviewer wrote in one portion.

Of course, the deep irony here is that these statements came from a place of irrationality caused by an ideological commitment to the empirically false belief that women are inferior. But just as many men don't think that men have a gender, reactionaries often believe that their ideology is somehow not ideological. Someone who can't grasp that sexism is an ideology is not, by any stretch of the imagination, qualified to lecture anyone else on objectivity or empiricism.

It is true, of course, that PLOS ONE fired this imbecile, suggesting that things have improved a lot for women. No one is denying that, of course---of course things are improving. If improvement wasn't possible, then we should all fold up and go home. But that this happened in the first place should concern us all. How is it that someone so dumb and so smug in his dumbness advanced enough in his career to be a peer reviewer? I highly doubt he's been concealing his idiot views on this subject all along until one day, out of the blue, he just cracked and went into full-blown mansplaining mode. This is almost surely a man who has spouted off about the inferiority of women his entire life, but such is the tolerance for idiocy so long as it's sexist idiocy that it clearly didn't hold him back in any way. Hard to imagine that someone who had comparably stupid views about biological matters---say, he was always on about how he can train a cat to lay an egg or something---not taking a career hit for it, but when it's about the scientifically illiterate belief in female inferiority, men all too often continue to get a pass.

Anyway, I will have more on Mad Men tomorrow, as usual. In the meantime, enjoy the latest House Slate, where we delve into Jon Snow's birth story he knows nothing about: Who his parents are, where he was born, etc.