Jeb Bush: A 'tolerant country' should allow discrimination based upon 'religious beliefs' 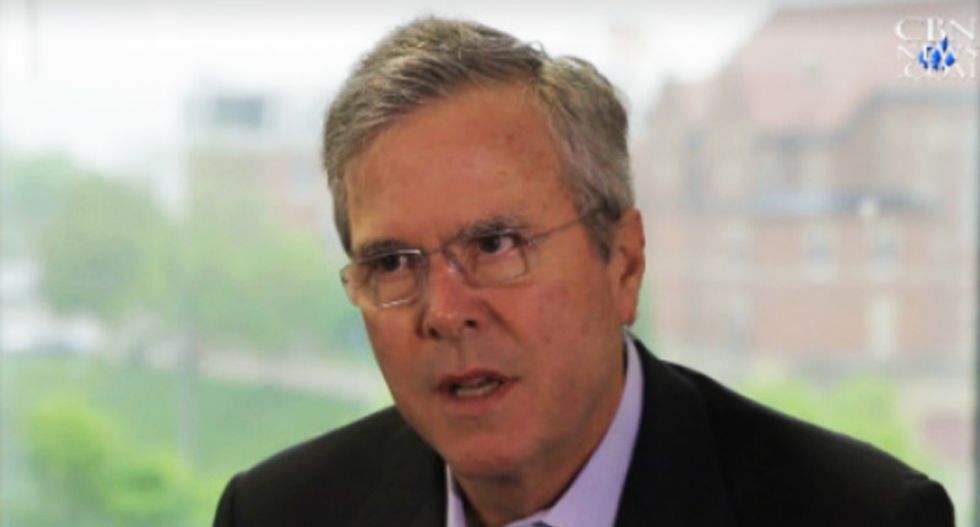 In a sit-down interview with the Christian Broadcasting Network on Saturday, potential GOP presidential nominee Jeb Bush explained that a "tolerant country" should make room for "people of faith" to discriminate against others.

Speaking with host David Brody, the former Florida governor said, "It's not just that people of faith can have their views, it's that they need the space to act on their conscience. That is what faith is about.”

Saying the best of all religious beliefs is when people of faith act on their values to help others, Bush nonetheless defended the rights of those same people to deny "services" to people whose lifestyles they oppose.

Using the Washington florist who was sanctioned for refusing services to a gay customer as an example, Bush explained, “A big country, a tolerant country ought to be able to figure out the difference between discriminating against someone because of their sexual orientation, and not forcing someone to participate in a wedding that they find goes against their moral beliefs.”

Watch the video below from CBN: