Jeb Bush: 'I would have invaded Iraq' like my brother did 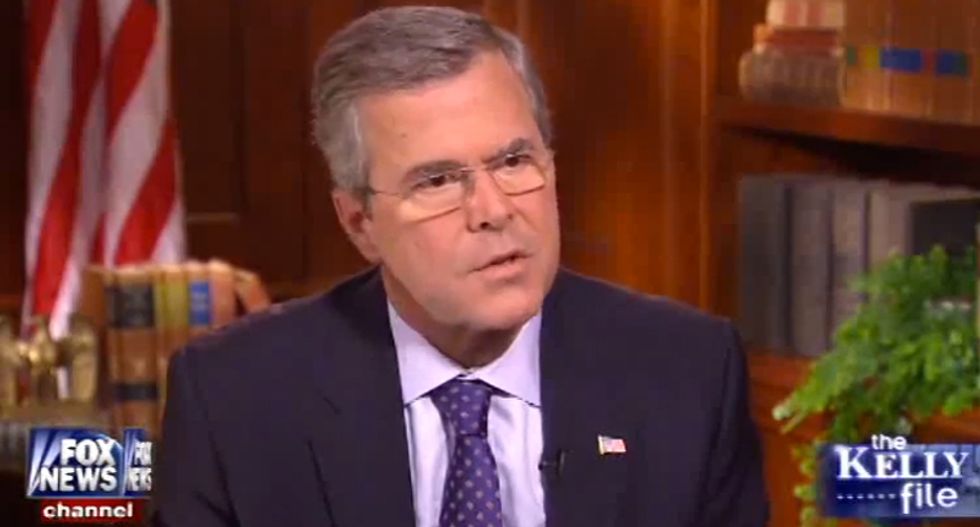 In an interview to be broadcast Monday evening on The Kelly Files, possible 2016 Republican presidential nominee Jeb Bush admitted he would have also invaded Iraq as his brother did during his administration.

"Knowing what we know now, would you have authorized the invasion?" host Megyn Kelly asked the former Florida governor.

"I would have and so would Hillary Clinton," Bush replied. "Just to remind everybody, so would everybody that was confronted with the intelligence that they got."

Bush's response was odd, since Kelly prefaced it with based upon "what we know now," with most believing the invasion and following war to be a disaster.

Giving Bush another chance, Kelly asked, "You don't think it was a mistake?"

"In retrospect, the intelligence everybody saw -- that the world saw, not just the United States -- was faulty. And, in retrospect, once we invaded and took out Saddam Hussein, we didn't focus on security first," Bush replied.

Bush noted that his brother, former President George W. Bush, also believes that "mistakes were made."

Watch the video below, uploaded to YouTube by HereComesMax2: