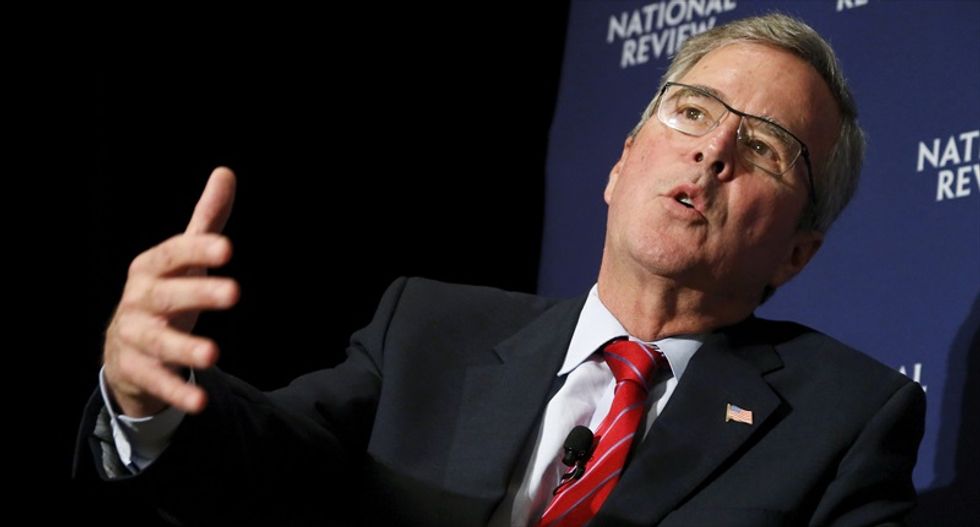 Potential Republican presidential candidate Jeb Bush will seek on Saturday to increase his appeal among evangelical Christians, a significant voting bloc, in an appearance at a Christian university.

Bush is to deliver the commencement address at Liberty University in nearby Lynchburg, Virginia. The school was founded by evangelical leader Jerry Falwell and it is where conservative Republican Senator Ted Cruz announced his 2016 presidential campaign in March.

Bush's appearance at Liberty allows him to demonstrate to evangelicals his deeply held Catholic faith. The former Florida governor is held in suspicion by some conservatives, evangelicals included, for moderate positions on immigration reform and Common Core national education standards.

Bush, who is expected to run for the Republican presidential nomination but who has not yet announced his campaign, will stress his support for religious freedom in a speech at the school's football stadium.

He will make a reference to an attempt by the administration of President Barack Obama to require businesses to offer health insurance to employees that includes contraception coverage as part of Obama's signature healthcare law.

The decision was challenged in court by two companies owned by Christian families who felt that providing contraception violated their religious beliefs. The Supreme Court ruled in favor of the businesses last June in a case known as Burwell v. Hobby Lobby.

"As usual the present administration is supporting the use of coercive federal power. What should be easy calls, in favor of religious freedom, have instead become an aggressive stance against it," Bush will say, according to speech excerpts released by his political organization.

"Somebody here is being small-minded and intolerant, and it sure isn’t the nuns, ministers, and laymen and women who ask only to live and practice their faith. Federal authorities are demanding obedience, in complete disregard of religious conscience – and in a free society, the answer is: No," he will say.

The competition for the Christian right is active. Cruz, former Arkansas Governor Mike Huckabee, former Pennsylvania Senator Rick Santorum and former Texas Governor Rick Perry are all competing for evangelical support, which is critical in two states, Iowa and South Carolina, that feature early in nominating contests next year ahead of the November election.

Bush is considered a strong possibility for the Republican nomination. However a poll of Republican voters this week in Iowa, which holds the first nominating contest, showed he has some work to do among conservatives in that state. The poll, conducted by Quinnipiac University, said that Bush was in seventh place with 5 percent support among likely caucus-goers.