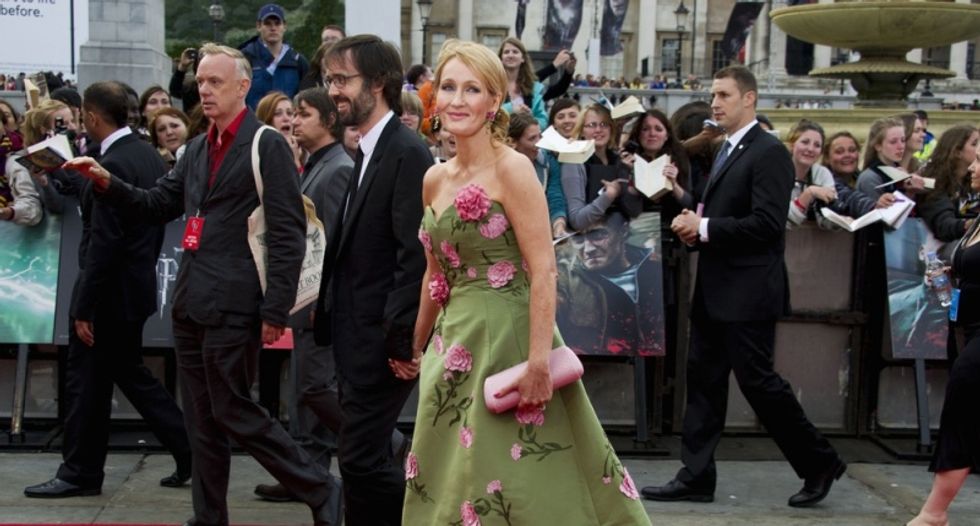 After voters in Ireland approved a referendum to legalize same-sex marriage, Rowling joked that Hogwarts headmaster Albus Dumbledore and Lord of the Rings wizard Gandalf could finally get married. The Westboro Baptist Church tweeted its intention to picket the ceremony.

.@WBCsigns Alas, the sheer awesomeness of such a union in such a place would blow your tiny bigoted minds out of your thick sloping skulls.
— J.K. Rowling (@J.K. Rowling) 1432674587.0

Fans of Rowling's cheered her online takedown of the Westboro Baptists. But the church isn't done with its anti-Harry Potter media blitz. This morning, the anti-gay group released a video clip of wizards in possession of a Bible uttering the phrase, "Fags shall not marry!" over and over again, Pink News reports.