Kentucky sheriff glad shooting victim was white: 'We do not want any backlash or violence' 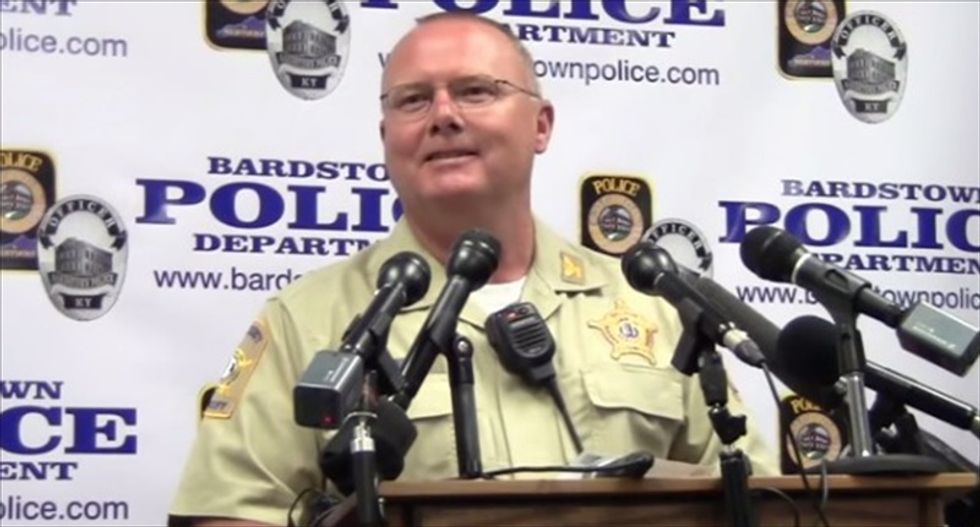 The sheriff of Nelson County, Kentucky expressed relief that a 25-year-old man shot by one of his deputies was white during a press conference on Monday, suggesting that black protesters would become violent because they were misinformed by the media.

"We are glad that he is white, and we shouldn't have to be worried about that," Mattingly said. "We do not want any backlash or violence in this community because people have been misinformed."

Mattingly was responding to a question regarding the potential for community backlash following the shooting of John Kennedy Fenwick on Sunday morning.

"The media has not done a very good job of informing the public, and the public is not educated on how the system actually works," he said. "We don't want those type of troubles in our community."

McCubbin said that local police first encountered McCubbin around 9 a.m. on Sunday when he yelled at an officer while driving a pickup he allegedly stole from a local dealership. When the officer tried to pull Fenwick over, Fenwick backed the truck into the patrol car and fled the scene.

Fenwick then allegedly hit another patrol car belonging to a deputy, causing it to burst into flames, before driving off. A second deputy, Bryan Voils, managed to catch up to Fenwick and ordered him to get out of the truck at gunpoint. However, authorities said, Fenwick tried to disarm Voils, prompting Voils to shoot him. WHAS-TV reported that Fenwick was hospitalized and was listed in serious condition.

Mattingly said that both he and McCubbin opted to hand the investigation off to the state police for the sake of transparency.

"This is a terrible thing that's happened, but it's part of the job," he said.

Mattingly's remarks begin around the 12-minute mark of this video, posted on Monday.