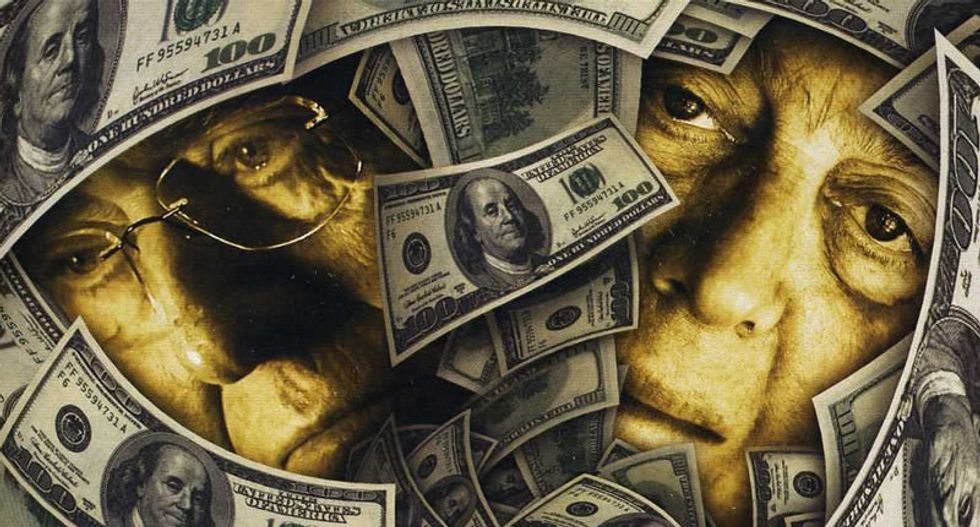 Some Tennessee Republicans are getting tired of the Koch brothers meddling in their state politics.

The billionaire libertarians pour cash into Republican campaigns and steer pro-business policies through their Americans for Prosperity organization -- which attacks GOP lawmakers who are insufficiently supportive.

That’s what happened to state Rep. Kevin Brooks (R-Cleveland), who asked his GOP colleagues to at least consider Republican Gov. Bill Haslam’s plan to use federal dollars and extend Medicaid health coverage to 280,000 low-income residents through his Insure Tennessee proposal, reported The Tennessean.

AFP launched a series of radio ads claiming that Brooks, the House assistant majority leader, had betrayed voters by flip-flopping on Obamacare.

Insure Tennessee ultimately failed twice in this year’s General Assembly after AFP attacks on Brooks and GOP state Reps. Jimmy Eldridge and John Holsclaw for their perceived support of the governor’s plan.

But the Koch brothers’ disproportionate influence on the state’s politics rubbed some Republicans, including the governor’s top political adviser, the wrong way.

Tom Ingram, the advisor to Haslam and a registered lobbyist during the last session for a business group supporting Insure Tennessee, blames the situation on the U.S. Supreme Court’s 2010 Citizens United decision.

He said AFP is able to pour money directly and indirectly into state politics and push their agenda in ways that individual voters cannot.

"I find something out of whack about that," Ingram said.

State Rep. Gerald McCormick (R-Chattanooga), who sponsored Insure Tennessee, said he felt the attacks on Brooks were unfair, but he thought AFP otherwise stuck to the facts and presented their argument to the public.

Andrew Ogles, AFP’s Tennessee director, said his group conducted its operations in public – rather than in “smoke-filled backrooms” of the past – but he issued what sounded like a threat to disloyal lawmakers.

"My comment is that for too long you've had Tennessee politics dominated in the shadows," Ogles said. "Now we're taking it out to where the public can see it. As long as everyone is doing the right thing and following free-market principles, they should have nothing to worry about."

Haslam said he believe outside groups have less impact than many believe, but Ingram – who has longer experience in state government – said lawmakers fear AFP’s spending power in a primary election.

"Even if they're not intimidated, they're aggravated by it,” Ingram said.

Montana conservatives booed AFP representatives earlier this year during a town hall forum on that state’s Medicaid expansion, and a Florida Republican recently denounced the group and its billionaire patrons as serving “no purpose.”

However, Ogles defended AFP as a promoter of the type of government he believes the founders envisioned.

"Our founding fathers wanted the states to be laboratories of solution and, again, that's why we've kind of pushed back on the federal overreach," Ogles said.

The analogy was troubling to House Minority Leader Craig Fitzhugh (D-Ripley), who fears that national groups like AFP will attempt to accomplish more cheaply at the state level policies changes they cannot enact at the federal level.

"There's good laboratories and bad laboratories," Fitzhugh said. "In some of the horror movies you've seen, bad things come out."