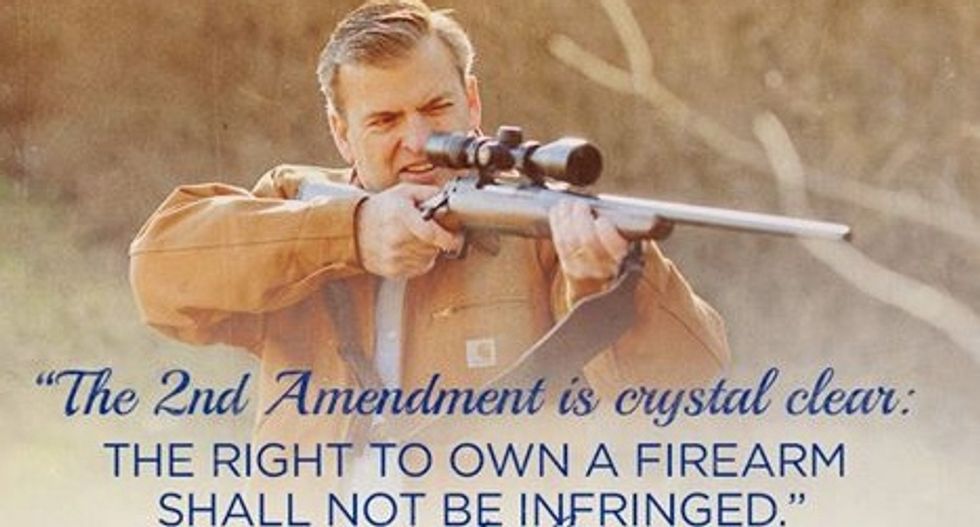 The Koch brothers are pouring money into a gubernatorial race that has already devolved into negative personal attacks.

In the Kentucky Republican gubernatorial primary, the billionaire campaign donors are backing Hal Heiner, a former councilmember out of Louisville. The Koch's target? One unlucky James Comer, who now faces an onslaught of negative campaign ads and bad national press.

The Kochs have invested heavily in Heiner's race, WDSU reports, "leaving Comer staring down an avalanche of negative advertising." Kentucky press has reported extensively on "assertions that he assaulted a girlfriend a generation ago." Comer charges that the sudden media interest in his history of domestic violence comes straight out of Heiner's campaign office.

"I certainly hope," Heiner didn't launch national coverage of Comer's alleged assault, Comer said on Wednesday. "But his campaign was."

Heiner apologized to Comer last week for spreading rumors that Comer had physically assaulted a woman, WDSU reports. Heiner had previously claimed his campaign had nothing to do with the allegations.

Comer is very unhappy about team Hal Heiner right now. Incidentally, so are many of the other candidates, who "ganged up" on Heiner in a Wednesday morning debate aired on a local sports radio channel, WHAS reports.

One Kentucky gubernatorial hopeful, Matt Bevin "criticized Heiner for voting to ban concealed weapons inside city buildings and for voting for a referendum that eventually led to tolls on Louisville bridges."

"The reality is Hal Heiner is not who he pretends to be," Bevin later told the Lexington Herald-Leader.

During the debate, Comer lit into Heiner. "You're the Christian Laettner of Kentucky politics," Comer charged to his Koch-backed opponent.

"In Kentucky politics, there's virtually nothing worse than comparing your opponent to the Duke power forward whose last-minute shot denied the Wildcats a spot in the 1992 NCAA Final Four," WDSU notes.

Kentucky Republicans worry that all this negativity in the primary will hurt them in the general election, when Democrats angered by months of attack ads against the Republican nominee will show up to the polls in force to elect one of their own, WDSU reports. Though Kentucky has two staunchly conservative senators in the U.S. Congress, Democrats hold a majority of seat in the statehouse, and Kentucky's current governor is a Democrat, too. In other words: Democrats in Kentucky have a history of showing up to vote in local races.

SuperPACs infusing cash into the Republican side of Kentucky's gubernatorial race include Kentuckians for Growth, Opportunity and Prosperity, Citizens for a a Sound Government, and the Bluegrass Action Fund.