Larry Wilmore mystified by Georgia principal's racist rant: 'You said that like we would be on your side' 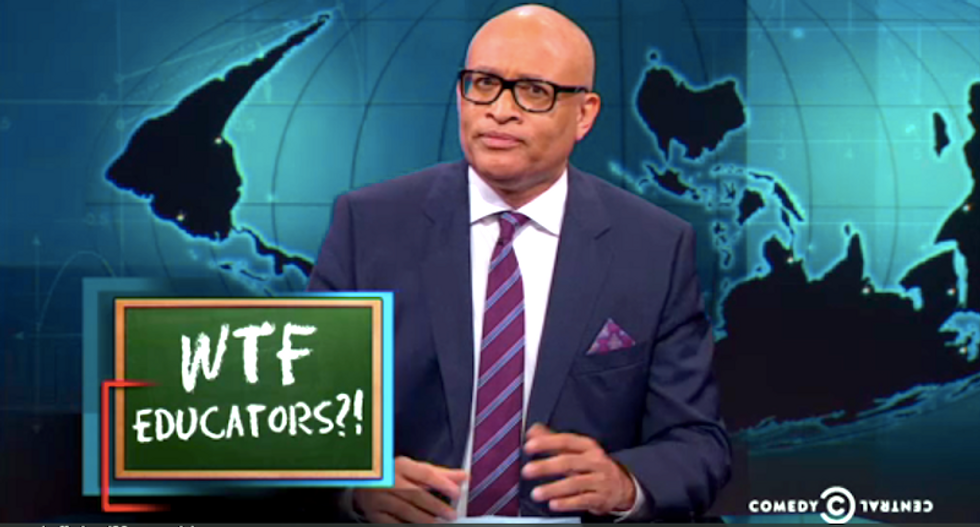 “Y’all are the rudest people I’ve ever seen in my life,” Gordeuk says in the cell phone video.

Wilmore teased the principal for her colorful use of “goober,” but said he was so far in agreement with her frustration.

“Look who’s leaving – all the black people,” the principal continues, as the crowd screams and gasps in disbelief and begins streaming toward the exits.

“OK, you said that like we would be on your side,” Wilmore said. “I expected to hear an ‘am I right?’ at the end of that sentence. ‘Look who’s leaving – all the black people, am I right?’ What the f*ck, man? After you say some sh*t like that they’re going to leave.”

Gordeuk later blamed bad lighting for her suggestion that all the black people left early.

“Maybe they weren’t black people – they were backlit people,” Wilmore said. “Just trying to give you the benefit of the doubt.”

The principal said afterward that she didn't know "black people" was a racist term, but Wilmore pointed out that it's highly dependent on context.

Gordeuk eventually apologized, blaming the devil for her remarks -- but Wilmore said "everybody knows the devil hasn't been back to Georgia since he lost that fiddling competition."

"Now that you've said the devil did it, you've admitted that you said something really bad," Wilmore said. "Because you're from the South, I know that you really believe in the devil, and you believe that the devil's responsible for some evil sh*t -- like racism."