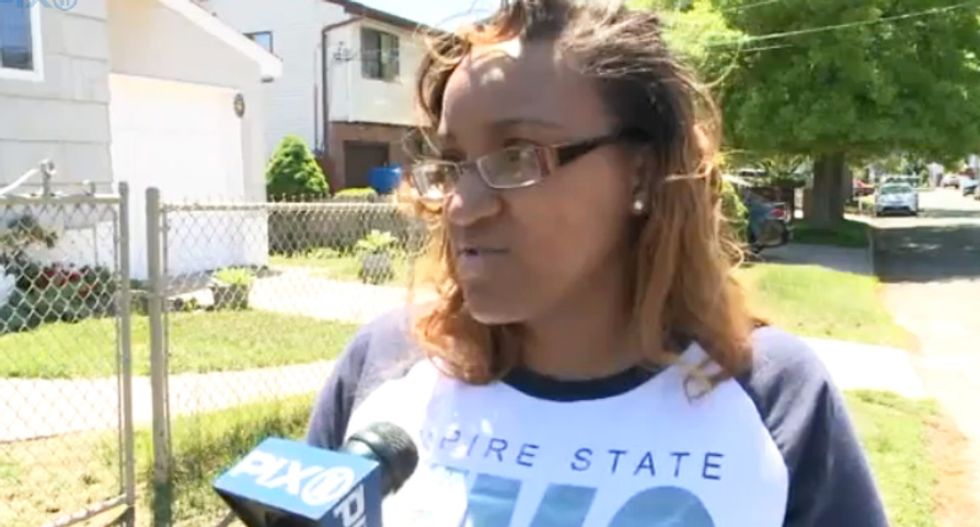 Investigators in Long Island are looking into a anonymous letter received by a black family telling them "You don't belong here," and that they should "move as soon you can," reports PIX11.

According to Lindenhurst resident Ronica Copes, she discovered the letter in her mailbox on Thursday with her address handwritten on it, and the sender noted as "community," and didn't think much of it at the time.

"I didn't think anything negative," she explained. "I thought, okay, maybe something happened in the community and they wanted to keep all of the residents, you know, abreast of what's going on. And then when I opened it and saw 'Attention African-American family' I'm like, hunh?"

The typewritten letter, in all-caps, read: “Attn: African-American family. This is coming for the Lindenhurst Community. Lindenhurst is 84% white population. You don't belong here!!! Please leave Lindenhurst as soon as you can. It will be better for all of us."

The evenly-spaced letter went on to say: "Find the town where there are more people like you," before ending on a conciliatory note, "Sorry if this is rude, but it's the truth."

"I had to kind of read it more than once for it to set in," Copes said. "I was very disappointed, frustrated, angry. Afraid, because I don't know who it's coming from."

Copes posted the letter on her Facebook page which came to the attention of county executive Steven Bellone, who issued a statement on Friday.

"To the coward who committed a hate crime against an innocent family in Lindenhurst — There is no place for intolerance in Suffolk County. I know the Suffolk County Police Department will do everything possible to solve this hate crime, out you and see you punished. I stand together with all Lindenhurst residents who decry this act of hatred. This community and all of Suffolk County are better than that."

Suffolk County police are looking into the letter, and Copes posted on her Facebook page: "A hate crime investigator just left my home. Next step-- Broadcast Media. Thank you all for sharing your frustrations, opinions, suggestions, and concerns! Will keep you abreast of the outcome."

Watch the video below from PIX11: