Maher blasts GOP pandering to Jade Helm 15 insanity: 'In the Republican party, crazy is a constituency' 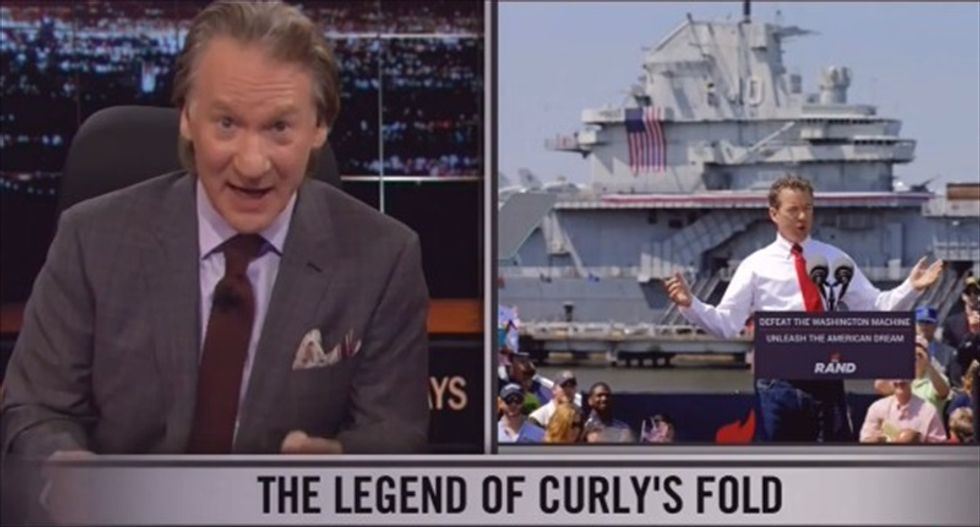 Bill Maher closed Real Time on Friday by lamenting that Kentucky Sen. Rand Paul had veered from his libertarian roots to pander to the Republican Party's conservative and paranoid elements.

Instead of trying to stand out from the rest of the GOP's "pandering cookie-cutter creeps," Maher argued, Paul was falling back on old tropes like speaking in front of aircraft carriers.

"The [Floyd] Mayweather fight was boring, but at least it lasted 12 rounds," Maher said. "The establishment made Rand Paul its b*tch at the weigh-in."

Maher also chided Paul for saying he would "look into" Jade Helm 15, the military training exercises that sent Texas conservatives -- and Gov. Greg Abbott -- into an uproar out of fear US troops were trying to impose martial law on their state.

Texas Republicans had no need to worry anybody was "messing" with them, Maher said -- people are already happy to leave them alone.

"You've outlawed abortion, you've gutted government regulation, you're armed to the teeth," he said. "You're the white Somalia."