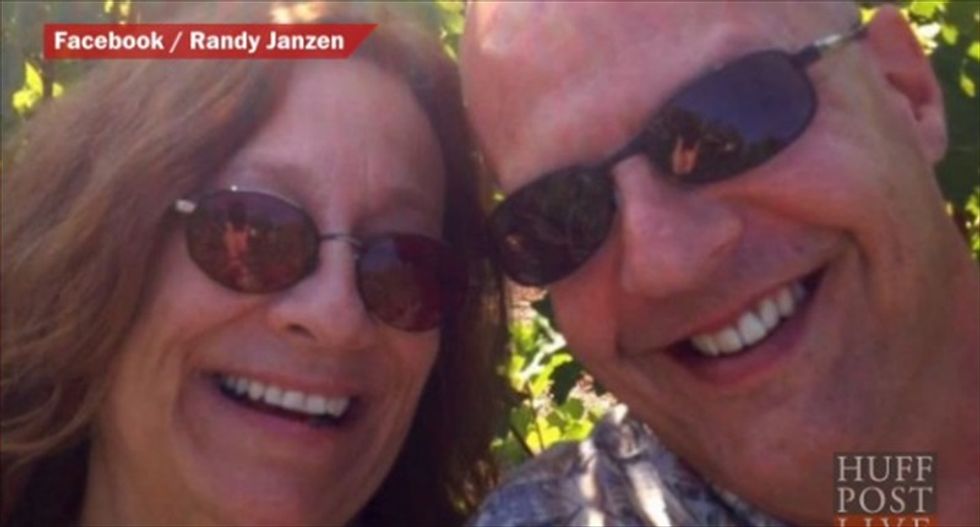 Randy Janzen (right) posted an online confession to the shooting deaths of his wife, daughter and sister. [HuffPostLive]

Authorities in Canada are investigating a triple-murder after the apparent suspect confessed on Facebook to shooting and killing his wife, daughter and sister before taking his own life.

The CBC reported that investigators have not confirmed whether Randy Janzen is responsible for the homicides he claimed to have committed in a post late last week.

Janzen said in the post that he killed the three women during a 10-day period, starting with his 19-year-old daughter Emily. Janzen said he shot her to free her from the escalating pain of chronic migraines, which had caused her to lapse into what he called a "severe depression."

"I took a gun and shot her in the head and now she is migraine-free and floating in the clouds on a sunny afternoon, her long beautiful brown hair flowing in the breeze, a true angel," he wrote.

According to Janzen, he proceeded to killing his wife Laurel to spare her having to learn of their daughter's death. Two days later, he wrote, he killed his sister Shelly so she would not have to deal with the shame his actions would bring.

"Now my family is pain free and in heaven," Janzen stated. "I have great remorse for my actions and feel like the dirt that I am."

A picture of Janzen's confession, as posted online, can be seen below: 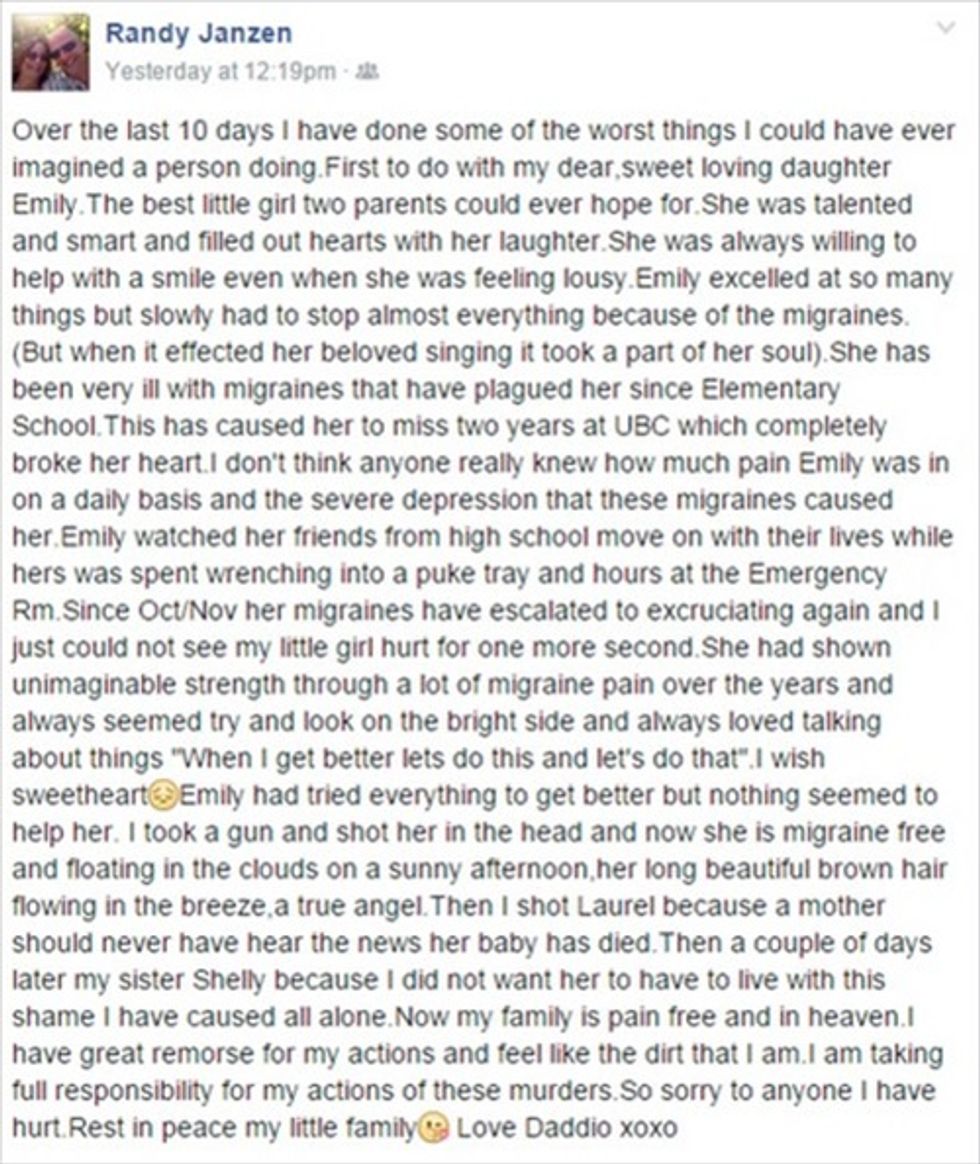 The CBC also reported that authorities discovered several bodies at a home listed under Randy and Laurel Janzen's name. Witnesses said two smoke bombs went off inside the home, sparking a fire that consumed the house.

Another body was found at a separate home neighbors identified as belonging to Shelly Janzen.

Psychologist Patrick Baillie told the Canadian News that murder-suicides of the type attributed to Randy Janzen are relatively rare, and tend to stem from a feeling of desperation. However, Baillie said, Jansen was aware of the actions he apparently committed.

"This isn't somebody who has a mental disorder that has so interfered with his thinking that either he doesn't know what he's doing or he doesn't know that it's wrong," Baillie said. "I think [Janzen] is an individual who perceived himself as being at the end of his rope and started to think about this as a solution."

Watch HuffPostLive's report on the case below.