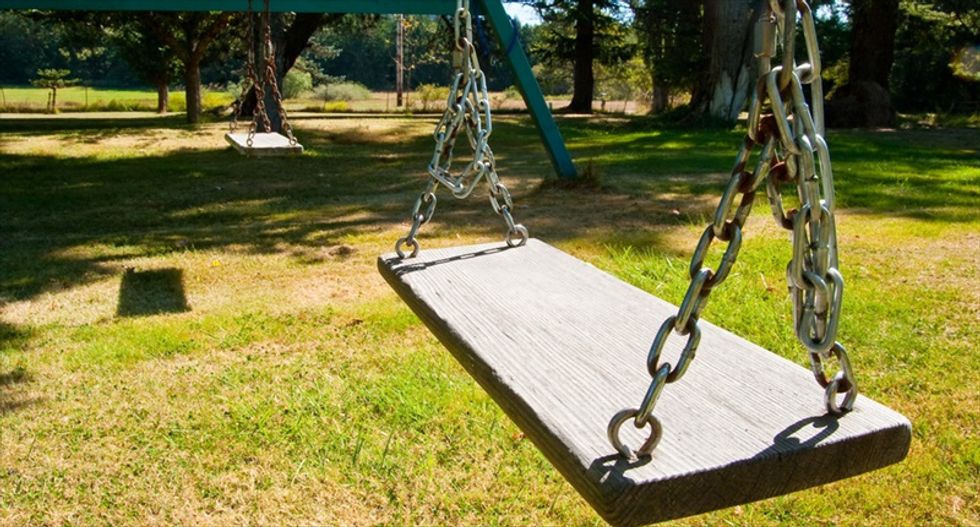 A Maryland mother was found early on Friday pushing her dead 3-year-old boy on a park swing, authorities said.

Deputies responded to a call around 7 a.m. to check on a woman who witnesses said had been pushing a child for hours on a swing at Wills Memorial Park in La Plata, about 35 miles (55 km) south of Washington, D.C., said Charles County Sheriff's Office spokeswoman Diane Richardson.

One witness told deputies she found it strange that the woman had been pushing the child for an unusually long period of time, possibly since the day before, Richardson said.

When the officers arrived they found the 24-year-old woman still pushing the child in the swing, and they realized immediately that the boy was dead, Richardson said.

The child had no signs of obvious trauma, she said, and had been dead for at least several hours.

The office of the chief medical examiner in Baltimore will perform an autopsy on the boy.

The mother, who was not identified, was transported to a nearby hospital for medical tests, police said.

The investigation is ongoing.

(Reporting by John Clarke in Washington; Editing by Daniel Wallis)

Watch a report on the incident, as aired on WJLA-TV on Friday, below.