Mauthausen: The 'camp of no return' that built the Third Reich 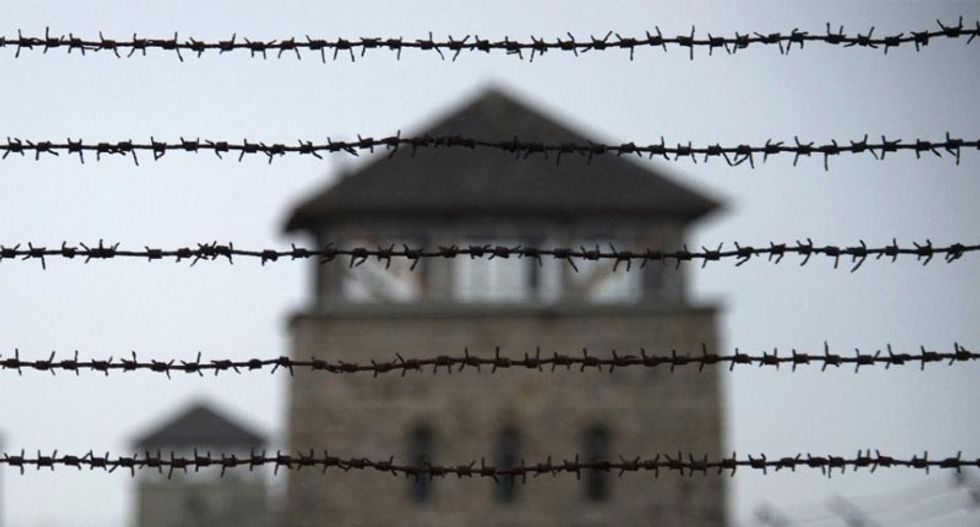 In 1942, a farmer living next to the Mauthausen concentration camp, in northern Austria, filed a police report about detainees getting shot in the camp's quarry and left to die.

"I ask that those inhumane actions either stop or be carried out where one can't see them," her statement read.

Needless to say, neither of the requests were granted.

It was Nazi Germany's only category III camp, the most brutal destination for "incorrigible political enemies of the Third Reich".

The detainees included large numbers of international prisoners of war -– particularly Soviets and Poles -- but also, to a lesser extent, criminals, homosexuals and Jews.

"This wasn't a straightforward extermination camp; its slogan was 'annihilation through labour'," Mauthausen tour guide Casimir Paltinger told AFP. "People were worked to death in the quarry."

The first Mauthausen barracks were erected some 20 kilometres (12.5 miles) from the city of Linz five months after Austria's "Anschluss", or annexation.

The Nazis had chosen the site because of its huge quantities of granite, which would provide "the construction material for many of the Third Reich's dreams", said Paltinger.

The stones were used to build highways, government buildings and indeed the concentration camps themselves.

As the Reich's ambitions grew, so did Mauthausen. Over time, it expanded from a single labour camp to a network of 49 satellite camps across Austria and Germany, now generally referred to as the "Mauthausen system".

The detainees were brought to Mauthausen for their registration before being sent to one of the sub-camps.

There, they would produce and assemble parts for weapons, rockets or warplanes for instance.

"Many camps were built right next to a factory, and deportees from around Europe were exploited to keep the German industry ticking over," said Paltinger.

In addition, local firms and national corporations used prisoners from Mauthausen for cheap slave labour, thereby turning the network into one of the Reich's most profitable enterprises.

Of all the labour camps attached to Mauthausen, the quarry offered the most hellish working conditions.

Six days a week, from sunrise to sunset, the prisoners were forced to extract the granite and carry the heavy stones on their back up the so-called "Stairs of Death" -- 186 uneven rocks placed on top of each other, some half a metre high.

Thousands died on these steps, killed as punishment for being too weak or exhausted.

"It was horrendous," said 87-year-old Jean Monin who spent almost a year at Mauthausen.

The French resistance fighter was 16 when he arrived at the camp in March 1944.

"I worked in the quarry for three and a half months and it was very, very tough -- the dust, the noise," he recalled.

Photos of Mauthausen's atrocious conditions have survived into present times thanks to a group of Spanish prisoners who smuggled the negatives out of the camp with the help of Mauthausen resident Anna Pointner.

She hid the originals in her garden until the liberation.

"They represent a very rare collection, the kind which hardly exists from other concentration camps," said Christian Duerr of the Mauthausen Memorial Archive in Vienna.

"That's why they became an important body of evidence in the post-war trials."

The town of Mauthausen has now decided to dedicate a memorial to Pointner on May 9 for her "brave and exemplary" fight against fascism.

It took locals – and Austrians in general – a long time before acknowledging they had not merely been victims, but also perpetrators under the Nazi regime.

As a result, research into Mauthausen only began in the late 1980s.

Today, the quarry is a green valley with ponds and a sign reading "Memorial. No swimming, diving, car washing, ball games, etc".

The Stairs of Death have been replaced by 186 even steps. The farmer's house, meanwhile, is still there.

But nobody dares to ask anymore that the inhumane actions, which took place in the quarry, be hidden from sight.