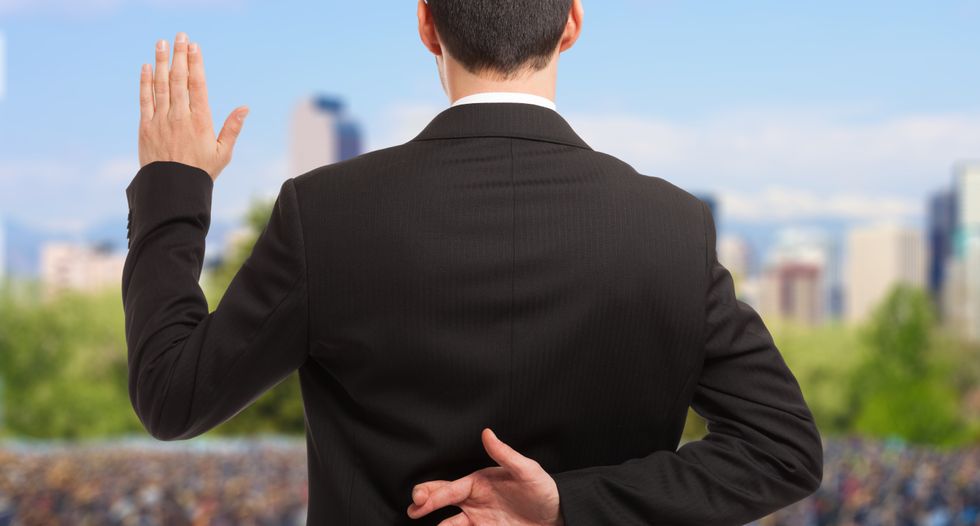 Concerned that some of the state's more liberal municipalities might pass legislation they don't like, Republicans in the Missouri statehouse are preemptively pushing to make bag taxes and wage increases illegal throughout the state.

On Tuesday, Missouri legislators passed a bill "to prevent cities from banning plastic bags and stop them from raising the minimum wage," the Associated Press reports. Twenty-four senators voted in favor of the legislation; 10 senators voted against it.

In deliberations, senators also considered "policies that block employers from questioning job applicants early on about their criminal histories, commonly referred to as 'ban the box.'" Legislators did not move on the 'ban the box' issue, however.

According to the Associated Press, Republican President Pro Tem Tom Dempsey and Senator Mike Kehoe, both Republicans, were instrumental in leading the charge against potential future progressive policies in the Missouri statehouse.

Missouri Democrats expressed frustration to the press with what they see as a hypocritical stance on self-governance by their Republican colleagues.

Republicans counter the law they're champion has the benefit of "[saving] companies from paying higher minimum wages."

On Wednesday, Dempsey posted a statement on his website, announcing he and his colleagues have successfully overridden a veto by the Governor on a piece of "welfare" legislation. Thanks to Dempsey and his allies in the legislature, Missouri families can expect cuts to Temporary Assistance for Needy Families benefits and the Supplemental Nutrition Assistance Program.

Kehoe, an award-winning car dealer representing Jefferson City, says on his official website that, "Government is best when it is small and narrowly focused.  The private sector is better equipped and better able than the public sector to provide most goods and services.  Government’s role should be to establish a framework in which small business and the private sector can flourish, thereby allowing government to focus on the few things it is uniquely equipped to do, such as education, transportation infrastructure and public safety."

Nationwide, about 100 cities and counties have adopted 'ban the box' policies as a matter of law.

Similarly, municipalities throughout the United States place some level of restriction on plastic grocery bags. "In August 2014, California became the first state legislature to enact legislation imposing a statewide ban on single-use plastic bags at large retail stores," according to the National Conference on State Legislatures.

The District of Columbia "enacted a law to ban the distribution of disposable, non-recyclable plastic carry-out bags and set a fee of 5 cents for distribution of all other disposable bags" in 2009, but it is not a state. The National Conference on State Legislatures notes Hawaii and North Carolina lawmakers have adopted environmentally conscious bag tax policies as well.

"Lawmakers face a May 15 deadline to pass legislation," writes the Associated Press of the Missouri state legislature. Moreover, "the GOP supermajority" appears poised to "[push] through more red-meat bills at the end of session."