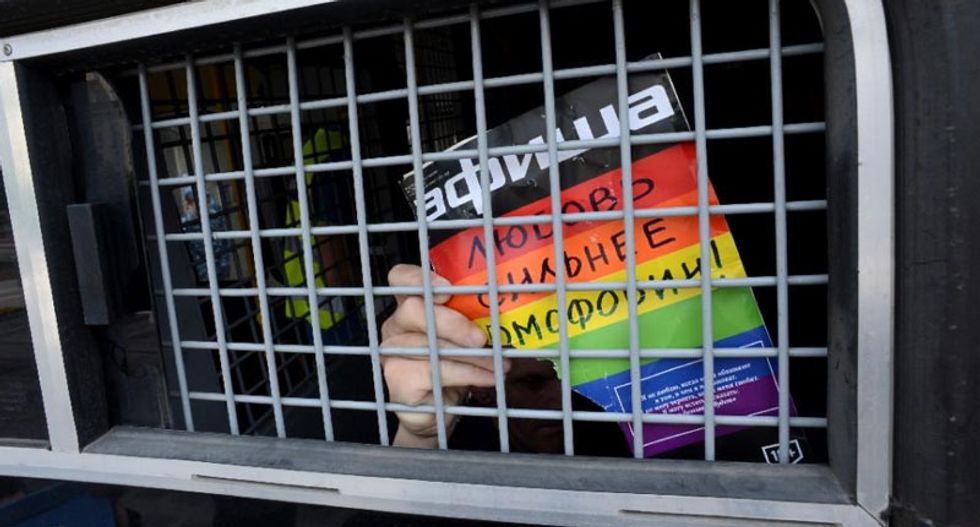 Moscow's town hall announced Thursday that it would not allow a Gay Pride march in the Russian capital that activists wanted to hold later this month -- a ban that it repeats every year.

"We have warned the organisers that the demonstration will not be authorised," and told them of the risks should they ignore the ban, the Ria Novosti agency quoted mayoral spokesman Alexey Mayorov as saying.

No explanations for the ban were given but it would have come as no surprise to the Gay Pride organisers, who have attempted since 2006 to obtain permission to hold their event in Moscow.

Whenever they have attempted to carry out a public event, Moscow police have quickly dispersed them.

The organisers, who had applied to hold two meetings and a march on May 30, had said they expected around a hundred people at each event.

One of those organisers, Nikolaï Alexeyev, told AFP that he intended to appeal the ban.

He denounced the pressure placed on him, explaining that the Gay Pride ban had been announced an hour after he was brought before a judge for no obvious reason.

"We will nonetheless hold some kind of action on May 30, even if the venue is not yet decided," he said.

Pro-gay protests are rare in Russia, where homosexuality was a crime until 1993 and then classed as a mental illness until 1999.