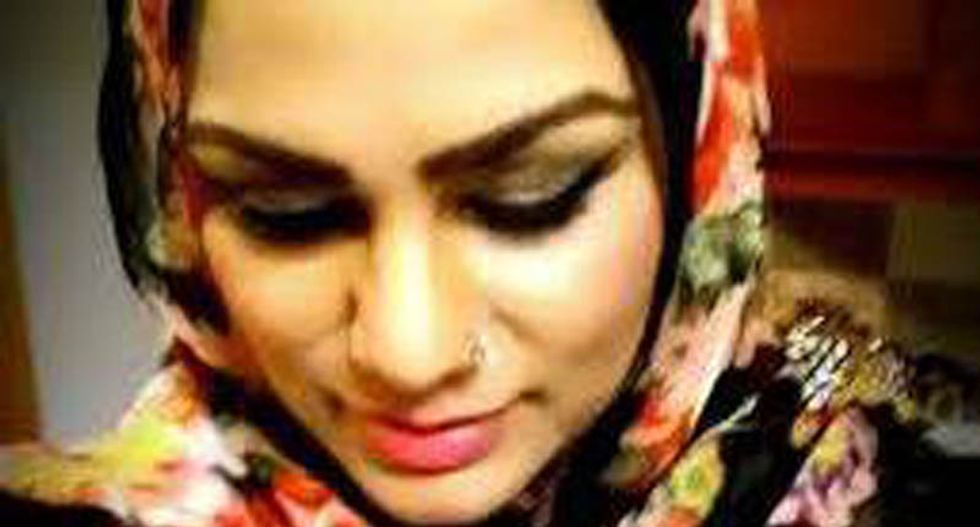 A Muslim chaplain and the director of interfaith engagement at Northwestern University claims she was subjected to racist comments after being denied an unopened can of soda by a United flight attendant who said she feared she might use it as a weapon, reports the Chicago Sun Times.

Writing on her Facebook page, Tahera Ahmad, an associate chaplain at the university, claims she asked for a Diet Coke on the United flight and objected when she was given an opened can, feeling it was unsanitary.

"I am sitting on a United airlines flight in the air 30,000ft above and I am in tears of humiliation from discrimination. The flight attendant asked me what I would like to drink and I requested a can of diet coke. She brought me a can that was open so I requested an unopened can due to hygienic reasons," Ahmad wrote.

According to Ahmad, the flight attendant refused to give her an unopened can, telling her "No Diet Coke for you."

After the attendant handed a man next to her an unopened beer, Ahmad asked why he his drink was delivered unopened and hers was not. The attendant told her that it was policy to not hand out something that could be used as a weapon.

"She said, 'We are unauthorized to give unopened cans to people because they may use it as a WEAPON on the plane.'" Ahmad wrote. "So I told her that she was clearly discriminating against me because she gave the man next to me an unopened can of beer."

According to Ahmad, the attendant grabbed the beer back from the man and swiftly opened it, before repeating that it could be used as a weapon.

"I asked people around me if they witnessed this discriminatory and disgusting behavior and the man sitting in an aisle across from me yelled out to me, 'you Moslem, you need to shut the F** up.' I said, 'what?!' He then leaned over from his seat, looked me straight in the eyes and said, 'yes you know you would use it as a WEAPON so shut the f**k up.'"

Ahmad said she felt humiliated and cried, adding that other passengers only shook their heads "in dismay."

According to Ahmad, the flight attendant later apologized.

“The flight attendant also acknowledged that the man who yelled at me was wrong for doing so and apologized that her behavior led to that," she said. "She acknowledged it was unethical and said he never should have said anything."

The pilot also apologized to Ahmad when they landed, escorting her to the service desk so she could file a formal complaint.

Since posting the story on Facebook, hashtags have appeared on Twitter -- #BoycottUnitedAirlines, #unitedfortahera , and ‪#‎IslamophobiaISREAL‬ -- with commenters calling for a boycott of the airline and demanding a formal explanation and apology.