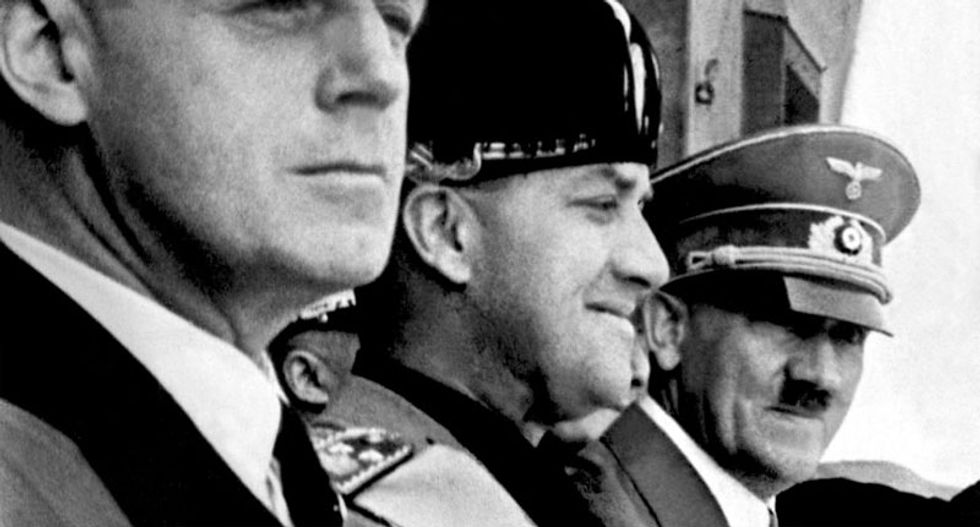 A birthday letter from a Nazi foreign minister to a legendary spy credited with helping turn the tide of Germany's advance on Moscow has been found in Tokyo, a book dealer said Tuesday.

Unknown to Adolf Hitler's regime, Richard Sorge accurately forewarned his Soviet paymasters that the Nazis were preparing to tear up a non-aggression pact and march into western Russia.

Under his cover as a journalist and press attache to the German embassy, Sorge ran a spy ring in pre-war Tokyo, reporting to Moscow what both Nazi Germany and Imperial Japan were planning.

Historians say the 1938 letter from Joachim von Ribbentrop, marking Sorge's 43rd birthday and praising his "outstanding contribution" to the embassy in Tokyo, underlines how trusted he was by the Germans -- and therefore how valuable he was to the Soviets.

"The letter comes from pre-World War II time. It is interesting in that it allows you to surmise" the Nazis' trust in Sorge, said Yoshio Okudaira, who works at antique book dealer Tamura Shoten in Tokyo's Jimbocho district.

The letter came with a signed photograph of Ribbentrop, who was Hitler's foreign minister from 1938 until 1945.

Although Sorge was a German national and a Nazi party member, he spent part of his childhood in the Soviet Union and was a committed communist who later began spying for Moscow.

In 1933, at the Soviets' behest, he moved to Japan as a correspondent for the Frankfurter Zeitung.

Known for his womanising and heavy drinking, Sorge was also a keen political observer whose insights brought him respect, and ultimately, high-level access inside the German embassy.

He became a personal aide to German ambassador Eugen Ott, a position that gave him an excellent vantage point on Nazi policymaking, and made him privy to vital information about the German war machine.

It was there that he learned of Hitler's intention to unilaterally revoke the non-aggression pact with Moscow and invade the Soviet Union from the west.

While the Soviets did not fully believe this intelligence at the time, they did act when Sorge told them he had learned Japan did not intend to invade Russia from the east, preferring to concentrate on winning territory in resource-rich Southeast Asia.

This vital information allowed Soviet leader Joseph Stalin to reposition vast military resources from the far east to the west, helping to turn back the advancing German army in late 1941.

Okudaira said this snapshot of history came as part of a bundle of Nazi-related documents brought in by a customer who was disposing of a dead relative's collection.

"I thought, 'Here is interesting stuff,'" Okudaira told AFP, adding that the customer did not know the nature of the letter.

Okudaira said the letter and photograph would be auctioned off, although he cautioned that they were written by Ribbentrop's secretary, making them relatively ordinary administrative documents.

Sorge's spy ring was broken up by the Japanese authorities. He was disavowed by the Soviets and hanged by Japan in 1944, although posthumously rehabilitated by post-Stalin Russia.