Nearly a third of Americans have no retirement savings 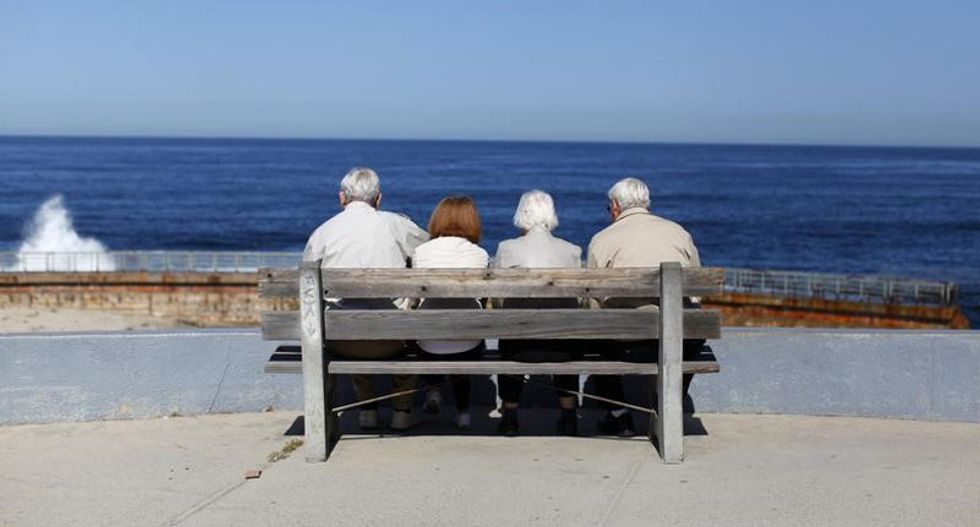 A pair of elderly couples view the ocean and waves along the beach in La Jolla, California March 8, 2012. REUTERS/Mike Blake

Many Americans are not financially prepared for retirement, with almost a third of working adults without savings or a pension, according to a Federal Reserve survey published on Wednesday.

The Fed's 2014 Survey of Household Economics and Decisionmaking found that about 38 percent of the more than 5,800 respondents have either no intention to retire or plan to keep working for as long as possible.

"Thirty-one percent of non-retirees have no retirement savings or pension, including nearly a quarter of those older than 45," the Fed said.

"Even among individuals who are saving, fewer than half of adults with self-directed retirement savings are mostly or very confident in their ability to make the right investment decisions when managing their retirement savings."

The survey, which was conducted in October and November last year on behalf of the Fed board, also found that among lower-income respondents, whose household income is less than $40,000 per year, 55 percent plan to keep working as long as possible or never plan to retire.