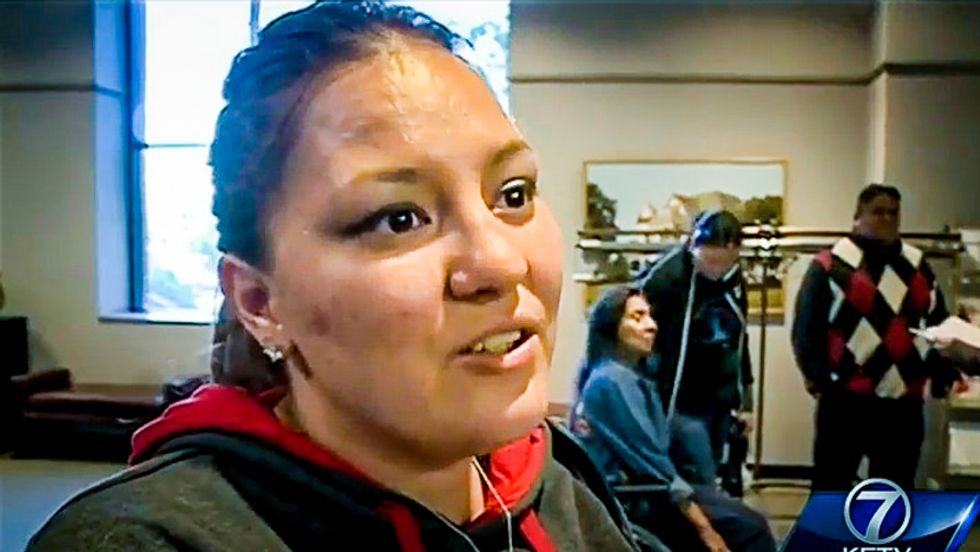 An Nebraska high school came under fire this week after it said that a Native American girl would not be allowed to wear religious feathers to her graduation because it broke a policy against "bling."

The World-Herald reported that members of the Native American community showed up at Monday's Omaha Public Schools board meeting to demand that a Sicangu Lakota teen be allowed to attend Tuesday's commencement ceremony at South High while wearing eagle plumes and beads on her graduation cap.

“Do I have bling-bling on?” John Andrew Tate asked the board, pointing at eagle feathers on his hat.

The graduating girl's sister, Nicole Tamayo, explained that members of her community had "fought a long time to be able to wear our feathers, to practice our religious rights."

"My sister was told if she wore the plume on her cap she wouldn’t be able to walk (at graduation) and would have her diploma withheld from her," Tamayo said.

Tamayo, who is the director of a suicide prevention program at the Nebraska Urban Indian Health Coalition, told KETV that her sister wanted to wear religious symbols to honor her family and tribe.

"It tells the story of your achievements," she pointed out.

Native American community members attending the meeting asked the school board for an official policy that preserved the rights of Native American students.

In the end, board member Lou Ann Goding told the community that the board had not been prepared to vote on the issue on Monday night, but she said that they would have a ruling later on Tuesday.

"Whether they accept it or not, it's not the first time they don't accept something they don't understand or don't believe in," Tamayo noted following the meeting. "Why is it what we do as a religious practice has to be a distraction?"