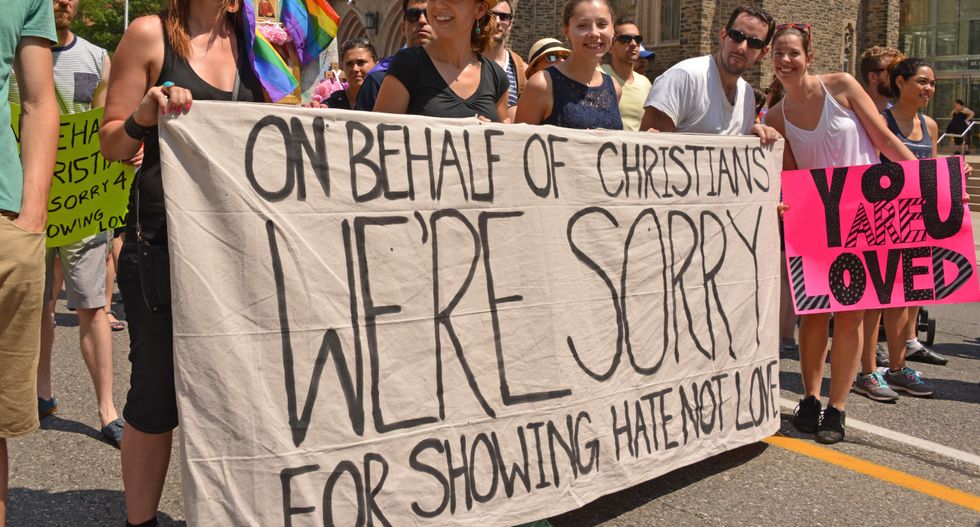 Sylvia Driskell, a 66-year-old woman in Nebraska, has filed a lawsuit against all people who identify as LGBT, the Omaha World-Herald Reports. In a case filed on May 1 with the district court in Omaha, called, "Driskell v. Homosexuals," Driskell identifed herself as an ambassador for "God, And His, Son, Jesus Christ" as the plaintiff. The defendants? "Homosexuals; Their Given Name Homosexuals; Their, [alias] Gay."

Driskell is representing herself in the case she wrote out by hand on lined notebook paper. Her challenge: "Petition Your Honor and Court of the United States District Court of Omaha, Omaha, Nebraska. To be heard in the matter of homosexuality. Is Homosexuality a sin, or not a sin."

As of press time, the nation's gay population had not filed a response to the lawsuit.