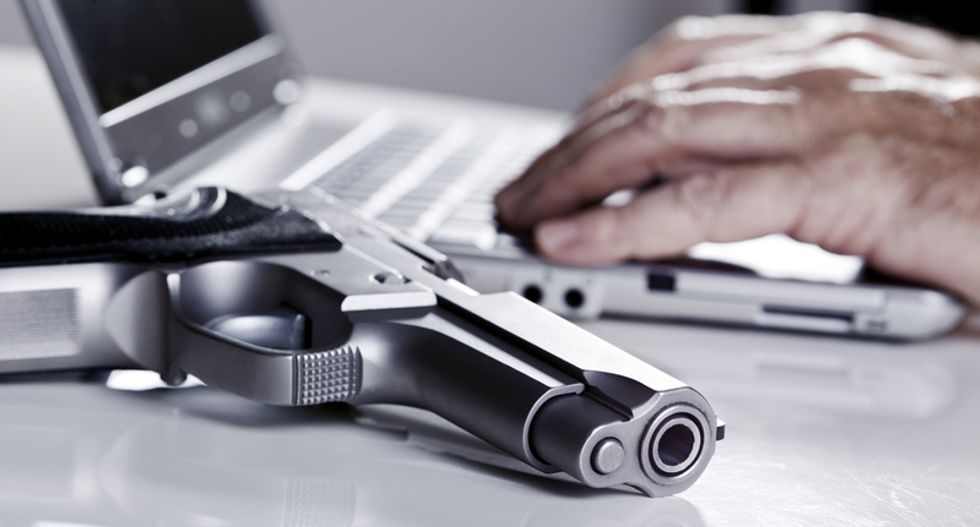 A Hudson Valley police officer will be placed on limited duty when he returns from his vacation after fellow officers reported him to supervisors for a racist post on his Faceboook page.

LoHud reports that Greenburgh police officer Brad DiCairano is under investigation for an image posted to his Facebook account which has since been shut down.

The post contained side-by-side photos of African-Americans on a van during last year's protests in Ferguson, Missouri, next to a picture of baboons swarming a car driven by a white woman. Beneath the photo a caption read: "What can I say?"

The photos, posted on Wednesday as protests raged in Baltimore over the death of Freddie Gray, was brought to the attention of Police Chief Christopher McNerney by fellow Greenburgh police officers, with McNerney calling it "Disturbing."

"I am very troubled and disappointed by this," McNerney said. "Members of this department are held to the highest standard and we take all allegations of misconduct very seriously. I want to assure the members of the public and the men and women of this department that we will investigate this swiftly and appropriately."

DiCairano, who is already on limited duty due to a work-related injury, faces having his responsibilities further limited as the department conducts an internal investigation, the chief said.

The officer joins a long list of first responders from the Lower Hudson Valley who have come under fire for posting offensive images online and forwarding racist emails.

Pelham Manor Police Chief Alfred Mosiello was forced to retire in March after it was revealed that he had been forwarding racist emails to colleagues and friends for several years, including jokes depicting African-Americans as prone to incarceration and being lazy.

Pleasantville Police Officer Peter Burns was suspended for 60 days and forced to undergo a psychological evaluation and receive diversity and sensitivity training in 2014 after posting a racist tirade about President Barack Obama on his Facebook page.