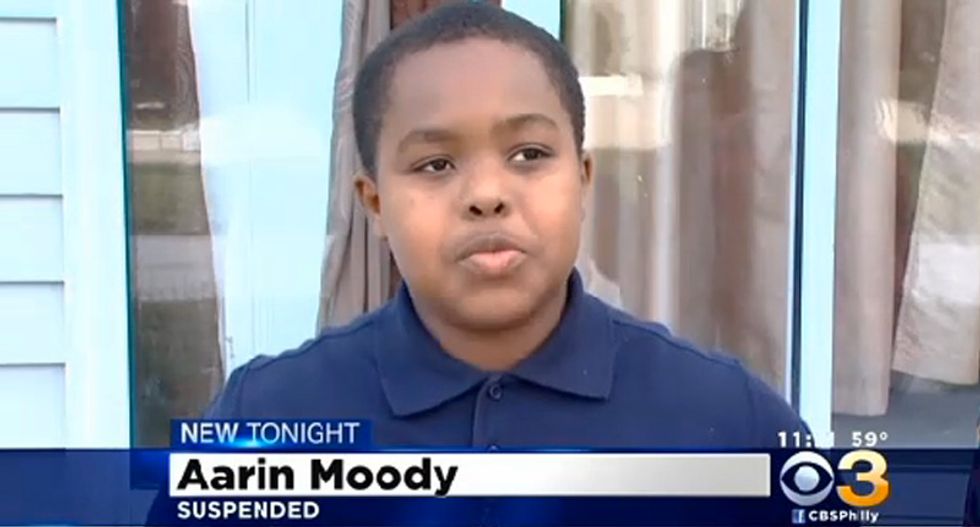 A special education student in New Jersey narrowly escaped being expelled from his school after administrators called a Nerf 'bullet' that he accidentally brought to school a weapon.

According to CBS13-Philly, 11-year-old Aarin Moody's expulsion was changed to a 5-day suspension after a teacher saw the 3-inch-long soft plastic bullet with a toothpick stuck in the end fall out of his pocket.

According to the boy's mother, Michelle Moody, "It’s a toy with a toothpick on it."

“From their lookings that the quote unquote weapon looked like it was an imitation of a shank," an incredulous Moody explained.

According to Aarin, the bullet fell out of his pocket when he pulled out his late slip and he was immediately escorted to the office by a school security officer.

When his mother arrived at the school, she was told by a vice principal that Aarin would be expelled, only to have the punishment later reduced to a suspension. However Aarin’s disciplinary records will show that he was in possession of a self-constructed weapon.

According to  school policy a weapon is “anything readily capable of lethal use or inflicting serious bodily injury.”

According to Aarin, he puts toothpicks in the end of the Nerf foam so the bullets stick up when he shoots them into the dirt.

“They want me to like say that I did it on purpose I put it in my pocket to hurt someone,” Aarin explained.

Watch the video below from CBS13-Philly: