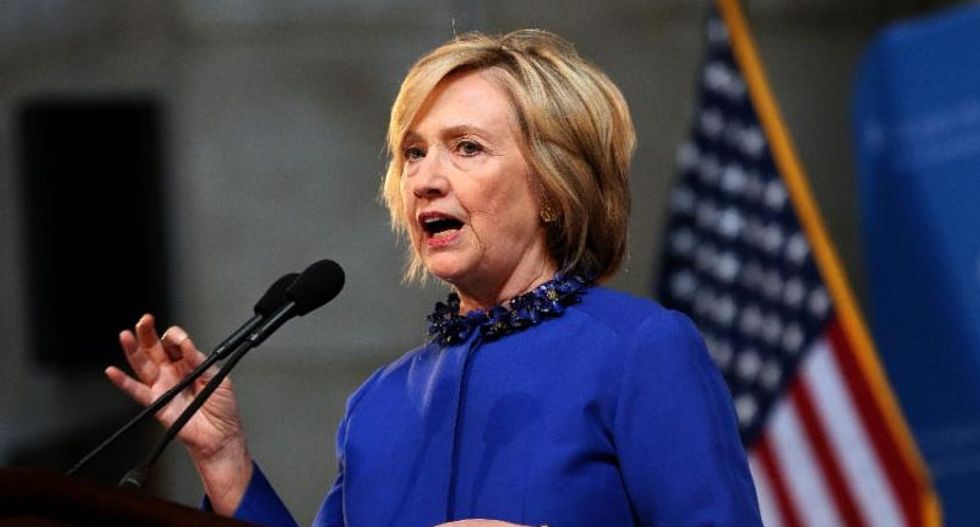 Hillary Clinton's actions while America's top diplomat were not influenced by foreign donations or her husband Bill Clinton's paid speeches, the US State Department said on Thursday, which said it has no plan to investigate the matter.

The former first lady, who served as secretary of state under President Barack Obama from 2009 to 2013, last month launched a bid for the 2016 Democratic presidential nomination.

Her campaign has been dogged, however, by allegations of potential financial conflicts of interest involving her family's philanthropic foundation.

Critics have questioned whether Clinton's decisions as secretary of state were influenced by foreign governments' contributions to the Clinton Foundation.

The charges -- some of which are made in a just-published book by a senior Republican operative -- allege that Bill Clinton's speaking fees also saw a considerable increase during the same time frame.

Hillary and Bill Clinton have strongly denied that foreign donors tried to buy influence with her.

She ended her association with the foundation after announcing her White House bid.

Officials at the philanthropy, however, admitted last month that it had made financial disclosure "mistakes," and said they now have been corrected.

State Department spokesman Jeff Rathke told reporters that his office is not planning to do an exhaustive investigation into the transactions, and that to the degree that it has reviewed the matter, it has found Clinton to be in compliance with government rules.

"The State Department has not and does not intend to initiate a formal review or to make a retroactive judgment about items that were not submitted during Secretary Clinton's tenure," the spokesman said.

"The department's actions under Secretary Clinton were taken to advance administration policy as set by the president and in the interest of American foreign policy," he said.

"We aren't aware of any actions taken by Secretary Clinton that were influenced by donations to the Clinton foundation or its offshoots, or by speech honoraria and consultancies of former president Clinton," Rathke said.

Meanwhile, Bill Clinton -- who commands as much as half a million dollars per address -- said earlier this week that he has no plans to stop giving speeches, and that his income is needed as the family breadwinner "to pay our bills" while his wife runs for the White House.