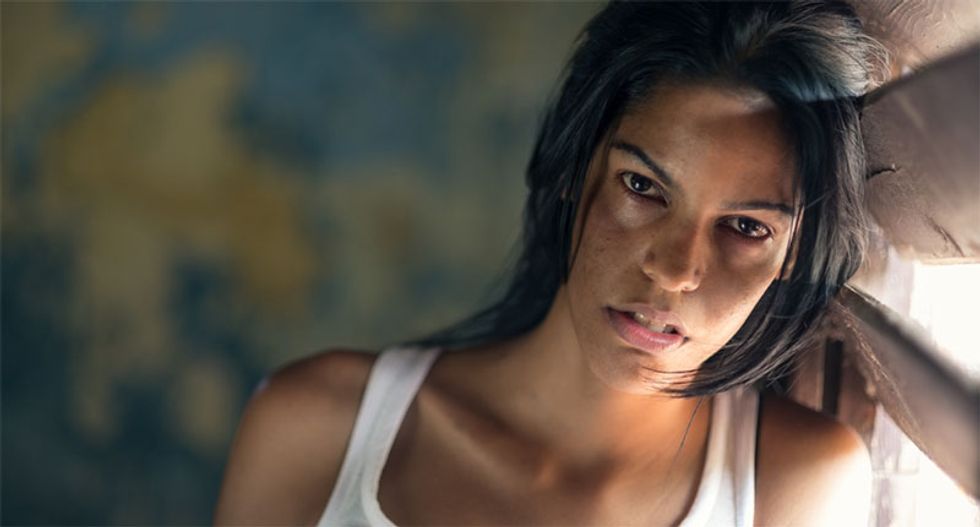 Gaston County District Attorney Locke Bell said in an interview that he only certifies visa petitions for Latino immigrants victimized by non-Latino assailants. In a case where the victim and the assailant are both Latino, he refuses to certify the visa applications for the victim.

Under the Victims of Trafficking and Violence Protection Act of 2000, victims of violence who are not U.S. citizens or green card holders are eligible to apply for a U visa, which will allow them to stay in the county legally.

According to Bell, the law does not protect victims like Evelin.

"It was never intended to protect Latinos from Latinos," Bell told the Charlotte Observer, a North Carolina paper. "It was designed to protect them from high-crime areas."

"Race is never mentioned in the statute. It's offensive someone with this much power has chosen this response," said Theodore Maloney, a Charlotte-based immigration attorney representing Evelin.

Recently, Evelin said that her ex-boyfriend came back to the United States and she feared that he was going to abuse her again. But she was afraid to file another police report because Bell refused to certify her initial U visa petition.

"It's unjust. He needs to remember we are all humans," she told the Charlotte Observer.

This was not the first time that Bell refused to certify U visa petitions for violence victims like Evelin, according to Gaston Gazette, another North Carolina paper.

"This is something I've definitely experienced," said Gastonia immigration attorney Ron Shook in an interview with Gaston Gazette. "And in this case, he has come right out and said he uses race as a factor. You've got to hand it to him that he’s honest and straightforward about his policy, as misguided as that might be."

According to the Charlotte Observer, the U.S. Citizenship and Immigration Services, a branch of the DHS that oversees the visa program, says it has no power to require law enforcement officials and prosecutors to certify immigration paperwork for crime victims, and the local law enforcement have complete discretion over which cases they will certify.

Immigrants can encounter an array of issues when they apply for the U visa. According to a 2012 study by University of North Carolina, the certification policies with the purpose of the U visa status are inconsistent and varied across the U.S. In cities such as Dallas, Texas, and Pasco, Washington, there are blanket policies that refuse to verify Latino abuse victims like Evelin. The State Illinois does not "submit or certify U visas for families" either, according to the study.

According to a recent survey of 800 Latinos, at least 56 percent of Latinos know a domestic violence victim, and one in four people know a victim of sexual assault. There is a 10,000-per-year cap for U visa petitions, and last year, 26,023 were filed, according to Think Progress.