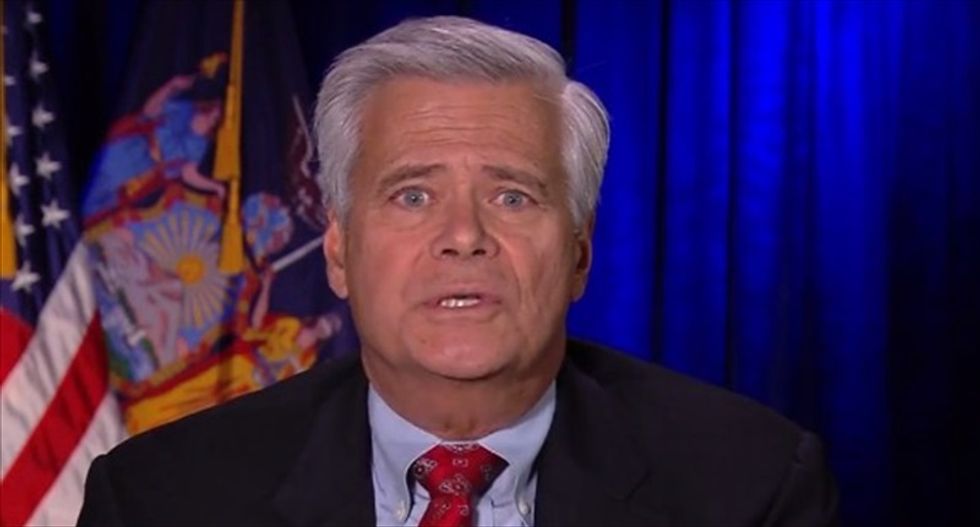 The criminal charges against Skelos, 67, and his son, Adam, 32, were expected to be detailed in a criminal complaint and likely will include conspiracy, extortion and solicitation of bribes, the newspaper quoted one source as saying.

The Times reported that the charges could be announced as early as Monday.

Investigators have been looking into the business dealings of Adam Skelos, including his hiring by an Arizona company that won a local government contract in New York although it was not the low bidder, and a $20,000 signing bonus from a title insurance company that never employed him, the Times said.

In question is whether the elder Skelos used his political influence to help the Arizona company, AbTech Industries, which won a $12 million storm-water treatment contract from Nassau County on Long Island, the senator's home district, the newspaper said.

Federal prosecutors for the Southern District of New York have been presenting evidence to a grand jury for several weeks, the newspaper reported.

Skelos, his attorney and a representative for the U.S. Attorney could not be immediately reached for comment.

New York state Assembly Speaker Sheldon Silver, a Democrat, was charged in January with pocketing $4 million from bribery and kickback schemes. He resigned as speaker after his arrest. Silver lost a bid last week to dismiss the federal corruption charges.

Both cases stem from a 2013 anti-corruption panel known as the Moreland Commission that was created and abruptly dismantled by Governor Andrew Cuomo, a move that triggered an investigation by U.S. Attorney Preet Bharara.

Bharara has castigated Albany for housing "one of the most corrupt governments in the nation" and said the concentration of power among the "three men in the room" - as Cuomo, Silver and Skelos were widely known - may be part of the problem.

(Editing by Ellen Wulfhorst and Will Dunham)