Oklahoma lawmaker threatens to put ex-worker in jail forever: 'You messed with the wrong guy' 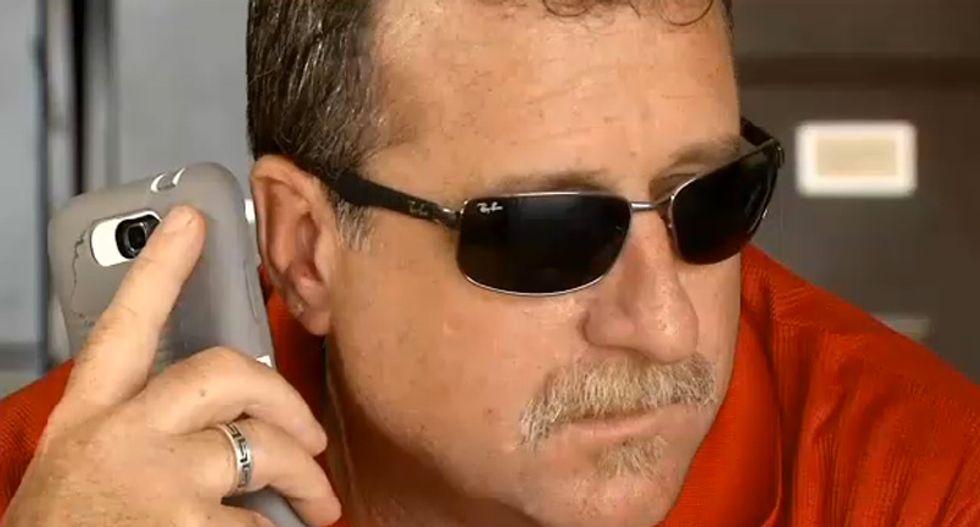 An Oklahoma lawmaker is under fire after leaving a profanity-laced voice-mail for a former employee of his construction business, threatening to use his power to have the man thrown in jail for reportedly "bad-mouthing" him.

According to KOKH, State Representative Mark McBride (R) left the message for an unidentified former employee of his private construction business, telling him, “I've got more f*cking stroke than you, you have no idea you have no idea, I am personally going to make your life miserable."

Confronted with a recording of the voice-mail, the conservative lawmaker admitted that it was him on the tape and explained that he felt the former employee, who worked for him as a handyman, had been verbally trashing his business and his family.

“I am a citizen legislator,” McBride explained. “I have a company here that I've worked hard to build and protect and I've got a guy...have you checked this guy's background?”

An investigation into the employee -- identified as "RM" -- showed the man had a felony conviction in 2014, leading to an 8-year suspended sentence  contingent on his staying out of trouble.

With that in mind, the ex-employee grew concerned by McBride's threat to see that he go back to jail.

“You ran my company down, my sons down, me down so now you get ready because you're going to jail, " McBride said. "And I'm going to keep you there. Every time you get out, I'm going to find out and I'm going to get you put back in.”

Additionally, McBride told him to "pack your sh*t and get out of Oklahoma.”

“It's pretty, pretty scary you've got somebody in such a position of power that they can do anything they want,” RM explained.

McBride admits that he was carried away when he called the man, but insisted that his feelings toward RM hadn't changed.

“Yeah, I did the wrong thing,” McBride said. “I shouldn't have blowed [sic] up and probably said some of the things, but the message is still the same.”

According to McBride, he hired the handyman because he was down on his luck and now feels betrayed by him.

Watch the video below from KOKH: