Outrage in Spain after police gun down escaped chimp 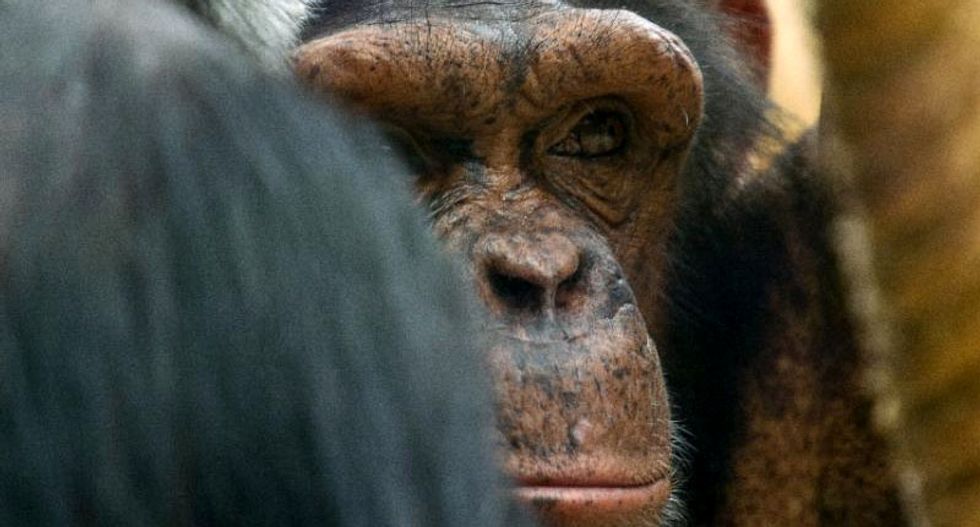 Animal rights groups slammed Spanish police Tuesday for shooting dead a chimpanzee named Eve who escaped from a zoo on the holiday island of Mallorca with her companion Adam.

Adam and Eve, who weigh each about 80 kilograms (176 pounds) escaped in Sa Coma on the island of Mallorca on Monday afternoon after apparently breaking out of their cage, police said.

The Civil Guard police force launched a search and a few hours later found the female, who was then killed by forest rangers, a regional spokesman for the Guardia Civil police force told AFP.

"She was very agitated and there was a risk that she might attack a member of the search party," he said.

"It wasn't possible to use tranquiliser darts because on animals that big it takes about five minutes to have an effect," which could have given her time to attack, he said.

Officers were still searching for Adam on Tuesday in a wooded, hilly region of the Mediterranean island, a top holiday destination for tourists from Britain, Germany and elsewhere.

"Depending on the circumstances, we will first try to catch him without hurting him. But if there is no other way, he will have to be killed too," the spokesman said.

Police were investigating how the chimps escaped.

"It is not very clear, but it seems they broke the bars of their cage," the spokesman said. "These animals are very strong. They can lift double their weight."

The Spanish primate protection group Proyecto Gran Simio asked the authorities to shut down the zoo immediately, alleging "serious irresponsibility" in the keeping of the chimpanzees.

Adam "must be scared and wondering what to do", it said in a statement.

The zoo declined to comment, referring all calls to the Civil Guard.

Javier Moreno of the Spanish animal rights group Igualdad Animal said it was "a sad and unjust end to an even sadder life, lived behind bars".

"It is not the first time desperate animals have escaped from these places and been shot dead, and it will not be the last."