Pastor warns gays: Marriage equality means no one will be left to make babies for you to adopt 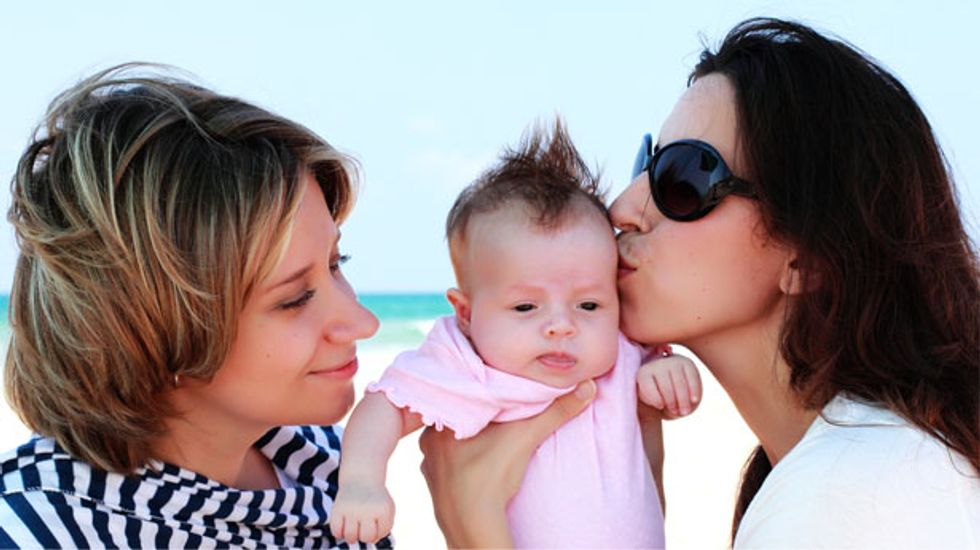 Two women with baby child on the beach (Shutterstock)

A pastor whose church claims more than 5 million members warned this week that no new babies would be born for homosexuals to adopt if same-sex couples insisted on getting married.

Pastor E. A. Adeboye of the Redeemed Christian Church of God wrote on Facebook over the weekend that he had recently been grilled by the press over his views on homosexuality.

"[T]hey said they believe I hate homosexuals," he explained. "I don't hate anyone and you can do whatever you want to."

"But man marry man and woman marry woman. Then no need to stop global warming because soon there won't be new born children."

He added: "What's that they want to adopt, who will give birth to the child and how?"

In 2008, Newsweek named Adeboye of one of the 50 most powerful people in the world. His RCCG Pentecostal church reportedly has 14,000 branches and 5 million members in Nigeria alone. It was said to have more than 300 branches in the U.S., and about the same number in Britain.

Adeboye has been quoted as saying that he intends to put an RCCG church within 5 minutes of every person on Earth.