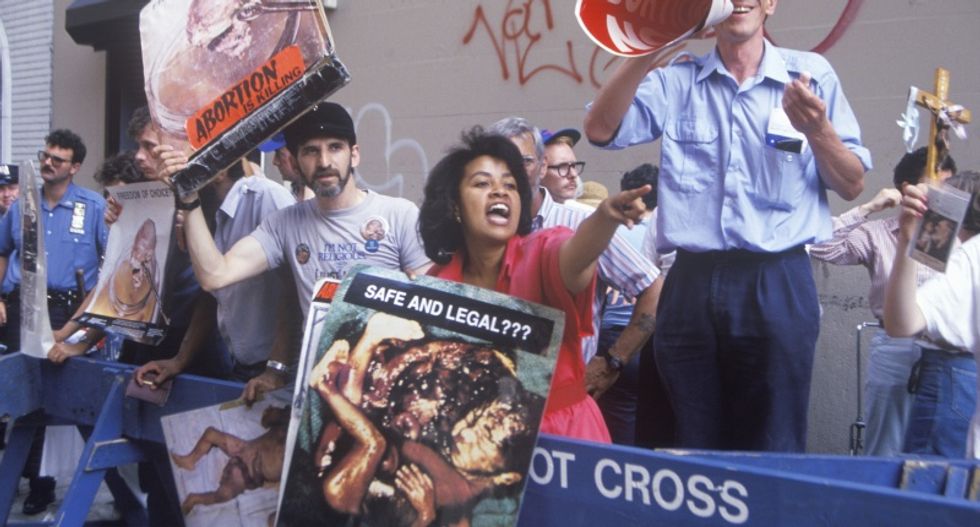 Stanton died in January at the age of 86. Republican Thomas Murt introduced a bill to the Pennsylvania House in February to formally commemorate, "the life and contributions of John Patrick Stanton, humanitarian, activist, and founder of the prolife movement in this Commonwealth."

On Wednesday, the committee voted 18 to 9 for the resolution honoring Stanton. The bill is now eligible for a full vote in the House. Which has some high-level reproductive rights activists very mad.

“You have to hand it to some of these legislators, their hypocrisy is truly unmatched," Planned Parenthood PA executive director Sari Stevens tells Philly.com. "The idea that a majority of House Health Committee members, during Women’s Health Week, honored a man whose life work was to harass and intimidate women and women’s health care is just too much to take."

Stevens had attempted to sway members of the committee prior to the Stanton vote this week, describing the activist as follows in an email to lawmakers:

“He would use terms like ‘faggot’ and racial slurs—towards patients, staff, partners and even Rep. Brian Sims … [He] displayed graphic, medically incorrect, and often racist signs around the facility targeting patients and staff … [He] created an unsafe atmosphere of real threat and the possibility of violence for the staff and medical professionals … [He] handed out plastic fetuses, often to people who did not want them who would then discard them, again littering the area with plastic fetuses.”

Stanton was a regular protestor outside of abortion clinics in the Philadelphia area -- and he was aggressive. His decades of crossing the line with clinic patients and staff "resulted in lawsuits, charges of harassment and trespassing, arrests and at least one incarceration," Philly.com reports.

Life Site News, meanwhile, paints Stanton as a holy man loved by "civil authorities, politicians, inmates, servicemen, unwed mothers, schoolchildren, Catholics, the Irish, and others." He "spent three mornings a week outside abortion centers across the Philadelphia region," the religiously publication says laudably. A clinic harassment charge landed Stanton in jail for three months, where "he started a prayer meeting with inmates and led the Rosary." He could have gotten off on bail, but Stanton "had refused to pay an abortion center what he believed was an unjust fine."